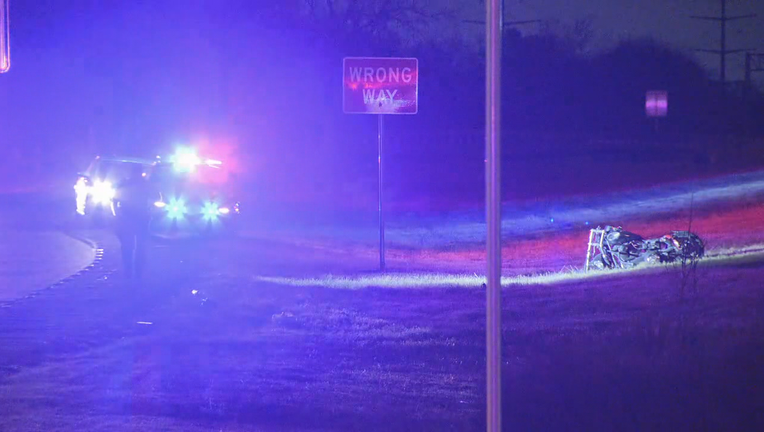 DALLAS - A 36-year-old man has died and a female is in critical condition after the motorcycle they were on crashed on I-45 Saturday night.

Dallas police said the crash happened just before 11:45 p.m., along I-45, near Simpson Stuart Road in Southeast Oak Cliff.

Investigators found that William Stridger had a female on the back of his Harley Davidson, when the motorcycle made contact with the back of another vehicle in the southbound lanes.

The two riders were thrown onto a grassy area.

Both were taken to a local hospital, where Stridger was later pronounced dead. Police said the female, who is related to Stridger, is in critical condition.

Police said the other vehicle involved did not stop, and that driver could be charged with failure to stop.