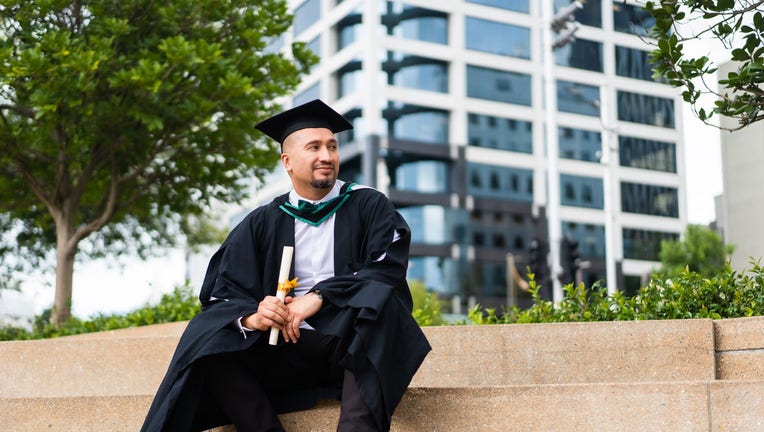 Progressive lawmakers are calling for the Education Department to extend the forbearance period as federal student loan borrowers are set to resume payments in February. (iStock)

The "final extension" of the federal student loan forbearance period expires at the end of January. However, several prominent Democrats are still calling on President Joe Biden to extend the payment pause and cancel student loan debt.

Just days later during a Dec. 10 press briefing, White House press secretary Jen Psaki indicated that the Department of Education would not extend the student loan forbearance period. Despite this, Schumer and Warren reiterated their stance in a series of tweets following the briefing.

With federal student loan payments set to resume in less than 50 days, borrowers may be considering alternative debt repayment options like refinancing. Note that private student loans are ineligible for federal protections like administrative forbearance, income-driven repayment and some student loan forgiveness programs. You can browse student loan refinance rates from real private lenders in the table below, and visit Credible to see offers tailored to you without impacting your credit score.

Resuming student loan payments would have 'a significant negative effect’

Before the federal forbearance period was instated in March 2020, borrowers paid an average of $393 per month toward their student debt, according to the letter. During the payment pause, it said that borrowers have been using this relief to focus on other financial priorities, such as paying down debt and building an emergency fund.

The letter also references a recent survey from the Student Debt Crisis Center, which found that the vast majority of fully employed borrowers don't feel financially secure enough to restart payments in February. If borrowers fall into delinquency, the effects "would be disastrous" for them and would "undermine the effectiveness of the President's economic policies," it said.

If you're not financially prepared to resume student loan payments, you could consider refinancing to reduce your monthly payment amount. A Credible analysis found that borrowers who refinanced to a longer-term loan were able to save $250 on their monthly payments without adding to the total cost of interest. Use a student loan calculator to determine how much you can save by refinancing.

Student loan payments are set to resume at a time when millions of borrowers are being transferred to new federal student loan servicers. In the letter, lawmakers cite these ongoing loan servicer changes as another reason to prolong the forbearance period.

"[The] federal student loan system is facing a number of crucial transitions, with major loan servicers leaving the program and remaining servicers adapting their operations to meet higher standards for performance and accountability," the letter states.

Although Federal Student Aid (FSA) has been communicating with student loan borrowers who will be impacted, it adds another layer of confusion for those who will begin making payments to a new loan servicer.

The group of lawmakers called on the Biden administration to cancel up to $50,000 worth of federal student loan debt per borrower through an executive order. Citing a recent analysis from the Roosevelt Institute, they assert that student loan cancellation "would relieve an enormous burden from borrowers while pumping billions of dollars per year back into our national economy."

Despite repeated calls from prominent Democrats, Biden has been reluctant to cancel student loan debt using executive action. House Speaker Nancy Pelosi (D-Calif.) has also said that student loan forgiveness must "be an act of Congress." However, passing such legislation would be challenging amid pushback from Republicans and moderate Democrats.

With no clear answer on whether the Biden administration will cancel student debt, borrowers should prepare their finances for payments to resume in just a few weeks. If you feel unable to restart payments, consider refinancing to better terms. Visit Credible to compare student loan refinance offers with a soft credit check.

HERE'S WHO HAS QUALIFIED FOR STUDENT LOAN FORGIVENESS UNDER BIDEN

Have a finance-related question, but don't know who to ask? Email The Credible Money Expert at moneyexpert@credible.com and your question might be answered by Credible in our Money Expert column.