Susan Sarandon and Trace Adkins are among the stars in FOX's powerful new drama 'Monarch.' Season 1 will also include special appearances by some of the most legendary names in country music today.

In the series, Albie is affectionately known as the "Texas Truthteller" and King of Country Music. The new double-barreled straight bourbon whiskey is called "TruthTeller 1839 Bourbon" and will be a key storyline moment in an episode set to air in November.

FOX Entertainment, ReserveBar, and Next Century Spirits partnered to create TruthTeller 1839, which will be available to buy exclusively through ReserveBar when the series premieres on Sunday, Sept. 11. 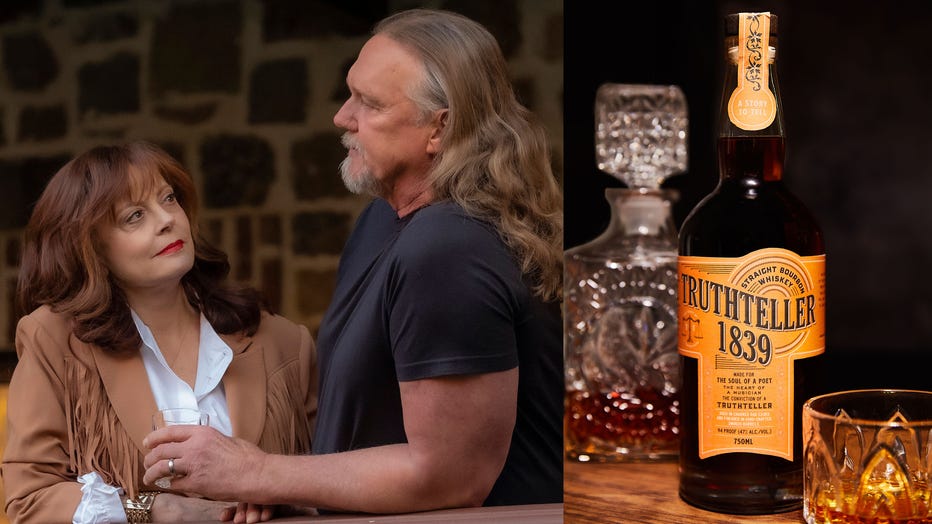 "Monarch" is described by the network as "a Texas-sized, multi-generational musical drama about the Romans, a powerful family that rules the country music industry."

"The Romans are headed by the insanely talented but tough-as-nails Queen of Country Music Dottie Cantrell Roman (Susan Sarandon). Along with her beloved husband, Albie (Trace Adkins), Dottie has created a country music dynasty. But even though the Roman name is synonymous with authenticity, the very foundation of their success is a lie," a synopsis of the show reads. "And when their reign as country royalty is put in jeopardy, heir to the crown Nicolette "Nicky" Roman (Anna Friel) will stop at nothing to protect her family's legacy, while ensuring her own quest for stardom."

The show premieres immediately after the FOX NFL doubleheader games on Sept. 11. It will then shift to Tuesday nights at 9 p.m. ET.

"We worked alongside the show’s development team and crafted a new bourbon brand with a truly buzzworthy name that reflects the show," Laura Caraccioli, a senior vice president and head of strategic creative partnerships at FOX, said in a statement. "Collaborating with Next Century and ReserveBar, we brought the brand of Truthteller 1839 to life by curating tasting notes that reflect the inner soul of MONARCH and deliver its spirit directly into the hands of fans."

In the first season of "Monarch," several country music legends are set to guest star on the show, including Shania Twain, Martina McBride, Little Big Town, and Tanya Tucker.

The series is 100% owned and produced by FOX Entertainment.

This story was reported from Cincinnati. This station is owned by FOX.