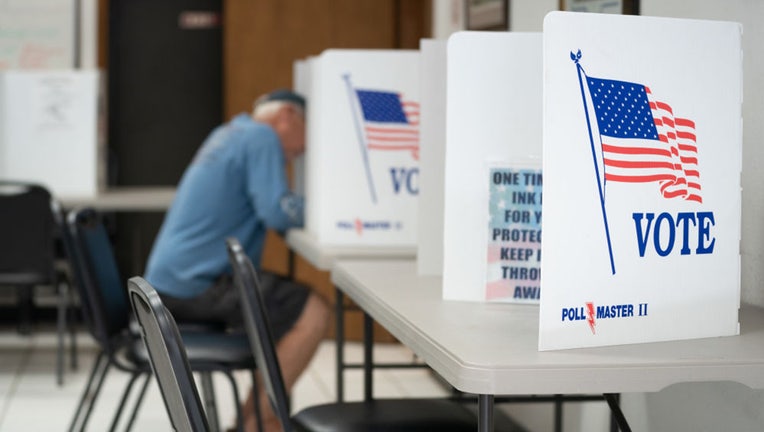 Voters in three states — Pennsylvania, Idaho and Oregon — picked their nominees for governor.

Here’s what to look for in each midterm election as the results come in:

Polls closed in Pennsylvania and votes were being counted in the high-profile contests to determine who will face off in the race to replace U.S. Senator Pat Toomey. Tuesday’s contests could ultimately determine how competitive the general election will be this fall when control of Congress, governor’s mansions, and key elections posts are up for grabs.

Heart surgeon-turned-TV celebrity Mehmet Oz and former hedge fund CEO David McCormick were still in a too-early-to-call race on Wednesday. Both men emerged at their election-night watch parties to say they will have to wait for vote counting to determine a winner.

Pennsylvania law requires recounts when the margin between the top two candidates is 0.5 percentage points or less, and some counties had yet to tabulate mail-in ballots in the presidential battleground state.

The race against Democratic nominee John Fetterman is expected to be among the nation’s most competitive in the fall general election. 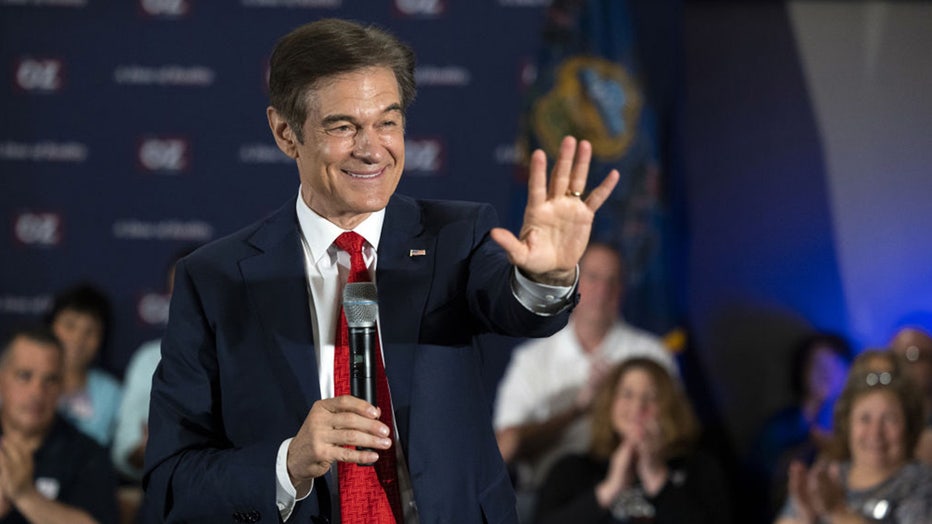 FILE - Mehmet Oz, celebrity physician and US Republican Senate candidate for Pennsylvania, speaks during a town hall in Bell Blue, Pennsylvania, US, on Monday, May 16, 2022.  (Rachel Wisniewski/Bloomberg via Getty Images)

Oz has been helped by an endorsement from Trump, while a super PAC backing McCormick weighed in heavily, spending almost $20 million on the race, much of it to attack Oz. Both men spent millions of their own money on the campaign and battled accusations of being carpetbaggers — Oz moved from New Jersey to run and McCormick from Connecticut.

Oz, best known as the host of daytime TV’s "The Dr. Oz Show," has battled misgivings among conservative groups about his positions on guns, abortion and other core conservative issues.

McCormick has tried to overcome attacks by Trump that he is part of a corrosive Washington establishment.

Meanwhile, state Sen. Doug Mastriano — who secured a late endorsement from Trump and has trumpeted the former president’s lies about nonexistent, widespread fraud costing him the 2020 election — won the Republican nomination for Pennsylvania’s open governor’s office.

Mastriano’s victory extends Trump’s winning streak in major Republican primaries around the country. But it also raises immediate questions about whether Mastriano, who was outside the U.S. Capitol in January 2021 when a mob overran it in a deadly insurrection, can attract enough moderate swing voters to prevail in November’s general election. 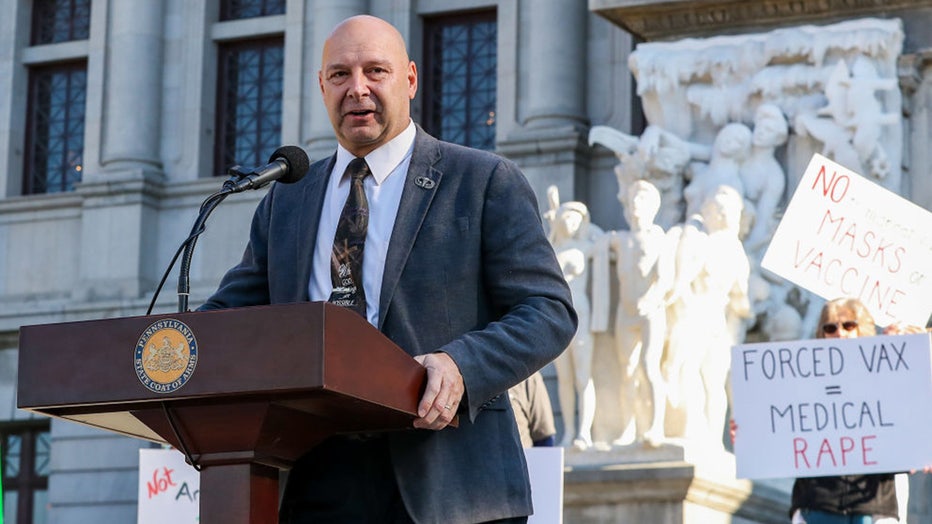 "Under Joe Biden, America is woke and broke," he said at a victory rally. "We need to put the brakes on this agenda for the sake of hardworking North Carolinians."

A fast-food franchise owner, Edwards would advance to the November election against Democrat Jasmine Beach-Ferrara. 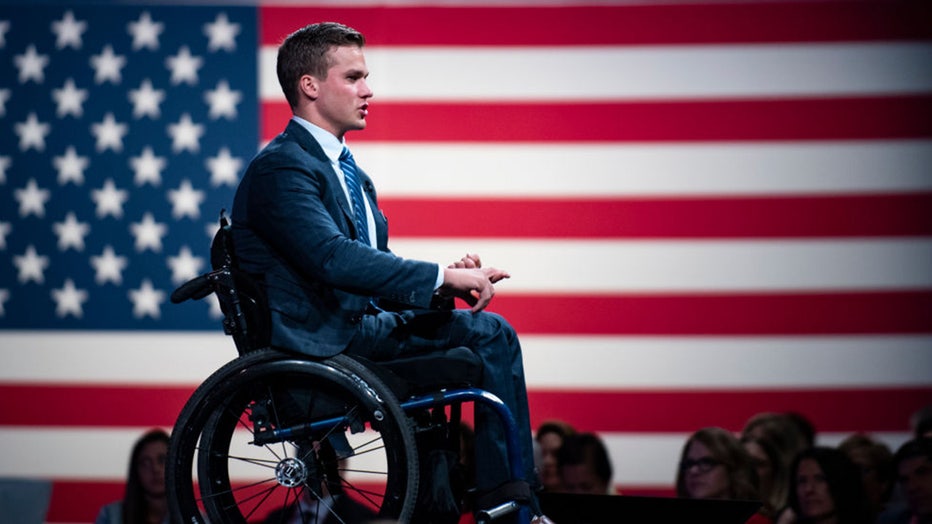 FILE - Rep. Madison Cawthorn (NC-11) speaks to the crowd at the Hilton Anatole Hotel in Dallas, Texas on Friday, July 9, 2021. ( Emil Lippe for The Washington Post via Getty Images)

Cawthorn vaulted to national prominence after winning the seat in 2020 at age 25. A firebrand and vocal supporter of Trump, he had made unforced political and personal errors that led top Republican leaders in North Carolina to turn against him. U.S. Sen. Thom Tillis said Cawthorn was an embarrassment to his constituents.

McGarvey, the top-ranking Democrat in the Kentucky Senate, held a big fundraising advantage and an endorsement from Yarmuth, who touted his progressive credentials. McGarvey, an attorney, was also endorsed by several state lawmakers and labor unions. 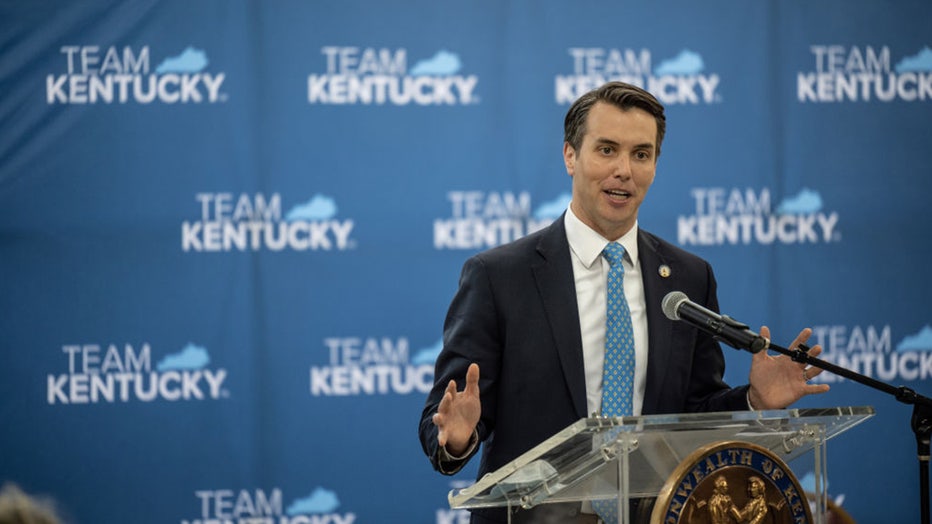 Yarmuth, the influential chair of the House Budget Committee, announced last fall that he wouldn’t run for another term in the seat he’s held since 2007. Yarmuth played a role in passing high-profile national measures, including pandemic-relief legislation and the bipartisan infrastructure bill.

Louisville — the state’s largest city — remains a Democratic stronghold while most of Kentucky is solidly Republican. Yarmuth is the only Kentucky Democrat to represent the state in Congress.

The Bluegrass State hasn’t elected a Democrat to the Senate since Wendell Ford in 1992.

Republican U.S. Sen. Rand Paul won his party’s nomination in his quest for a third term. The libertarian-leaning Paul coasted to victory over five little-known challengers in the GOP Senate primary in Kentucky.

Paul is a former presidential candidate who has gained a national voice in supporting limited government and a restrained foreign policy.

With current Gov. Kate Brown, a progressive Democrat, term limited the state's highest seat is up for grabs in the fall. Kotek, and the Republican who wins the gubernatorial primary, will be in a three-way race in November with Betsy Johnson, a former longtime Democratic state senator who is running as an independent.

As a non-affiliated candidate, Johnson does not need to run a primary race to make the fall ballot.

The Portland-based Kotek, who led by a comfortable margin Tuesday, has collected endorsements from a third of Oregon lawmakers, nationally elected leaders, unions and organizations. But as someone who held power during a tumultuous time in Oregon, Kotek must convince voters she can improve the state while avoiding blame for its problems.

Determining the results in close races could be delayed due to a new Oregon law, which allows mail-in ballots postmarked by Election Day to count if county elections offices receive them within a week of the election.

U.S. Rep. Kurt Schrader, a moderate Oregon Democrat, has often been at odds with his party. He likened Trump’s second impeachment trial to a "lynching," voted against Nancy Pelosi for House speaker in 2019, and helped contribute to the collapse of President Joe Biden’s social spending agenda with his opposition to parts of it.

It may have finally caught up with the seven-term congressman, who was trailing progressive challenger Jamie McLeod-Skinner early Wednesday. The results of the race were expected to be delayed after a printing error forced a hand count.

Although Schrader won Biden’s endorsement ahead of Tuesday’s primary, he also had to appeal to many new voters. His newly redrawn district is slightly less Democratic than before and contains only about half of the voters who previously elected him to the House.

McLeod-Skinner, meanwhile, has the backing of the local Democratic parties in all four counties covered by the seat. If she wins, she could face a tough general election campaign against the Republican victor.

Idaho Gov. Brad Little has survived a Republican primary challenge from his lieutenant governor, who was endorsed by former President Donald Trump.

In Idaho, the governor and lieutenant governor in Idaho run on separate tickets, so the two were not aligned when they won their races in 2018. Little had a long string of endorsements, including from the Idaho Fraternal Order of Police.

Little and Lt. Gov. Janice McGeachin had feuded frequently over coronavirus precautions and the role of government. Last year, McGeachin twice attempted a power grab when Little was out of state on business. She has also promoted Trump’s lies that the 2020 election was stolen from him through mass voter fraud.

Republicans are almost guaranteed of winning in the general election as Democrats haven’t held the governor’s office since 1995 or statewide office since 2007.

Meanwhile, Republican incumbent Mike Crapo won the GOP primary for U.S. Senate in Idaho. Crapo is seeking a fifth term and will be heavily favored in November in the conservative state.

Crapo was an attorney before he entered politics and previously served in the U.S. House and the Idaho Legislature. He is currently the ranking member of the Senate Finance Committee.

In the attorney general's race, five-term incumbent Lawrence Wasden — a former prosecutor backed by establishment Republicans — is likely in the toughest primary race of his career against former U.S. Rep. Raul Labrador and Art Macomber, a political newcomer who has never held public office.

Labrador, a favorite of the Tea Party during his eight years in the U.S. House, lost to now-Gov. Brad Little in the 2018 Republican primary. The attorney general post could be a stepping stone for another gubernatorial run in 2026.

Macomber, a self-described outsider whose background is in civil litigation, could be a spoiler for Labrador if he siphons off enough votes from far-right Republicans.

Wasden was slightly ahead in early returns Tuesday night, but lost the advantage as more counties outside of the highly populated Boise region began reporting votes. The race was neck-and-neck between Wasden and Labrador just before midnight, with Labrador pulling ahead.

FOX 29 and the Associated Press contributed to this report.