DALLAS - The chance of snow in North Texas on Sunday is growing and people in the Dallas-Fort Worth area should see at least some of the white stuff.

FOX 4 Meteorologist Evan Andrews said a system in the west that is expected to develop into a storm over the next few days is moving a little slower than expected so the initial precipitation – rain and a wintry mix – should hold off until Sunday morning for most in North Texas.

But there is still no storm center to track so meteorologists won’t know where it’s headed until Friday evening. After then, they will be able to better predict how much snow could fall and where. 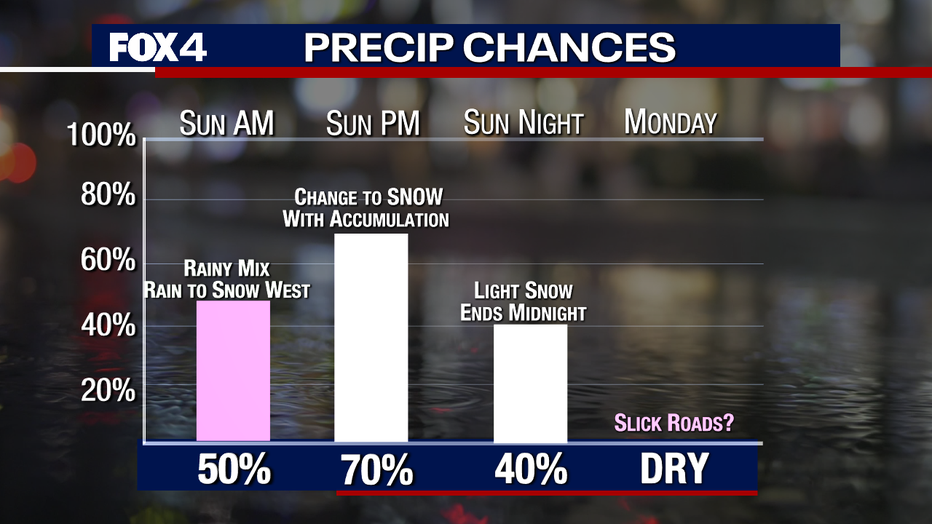 For now, it seems the storm is tracking a bit more north, eliminating one of the possible tracks mentioned earlier this week. Evan feels pretty confident now that the DFW metroplex will see at least some snow accumulation.

Of course, with temperatures at or above freezing on Sunday, it may melt fast and keep actual accumulations under what the models show. Also, those temperatures may mean more wet roads rather than icy or slushy roads.

The precipitation will begin as rain initially before changing to snow as the temperatures drop aloft from midday through the afternoon. Evan believes the biggest concern is the afternoon. 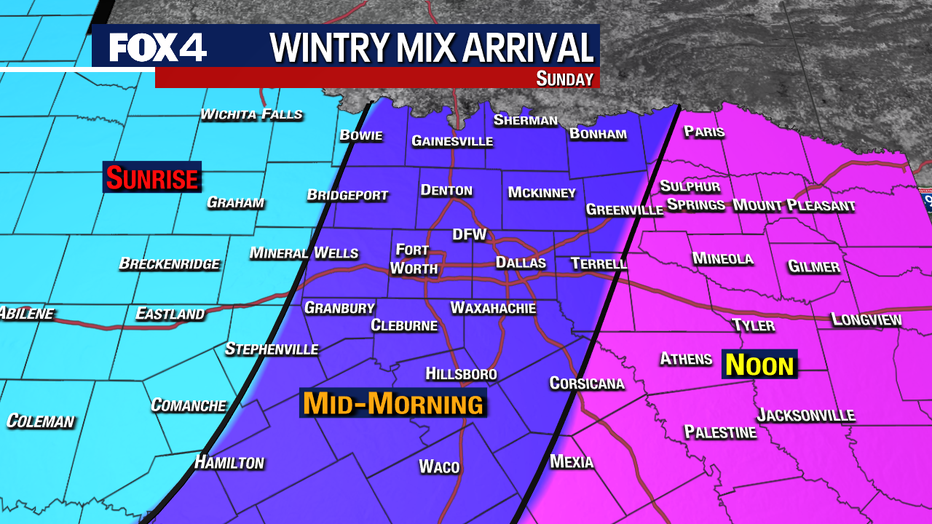 The precipitation will taper off Sunday evening with possibly some light snow or drizzle through midnight.

By Monday, the system will move east. The clouds will break for the sun but it will still be cold and in the low 40s.

Freezing temperatures early Tuesday morning will climb back into the 50s. The forecast calls for highs in the upper 50s and 60s on Wednesday and Thursday.