Drone video recorded by a storm chaser in Salinas showed block after block of homes and businesses surrounded by water. The streets looked more like canals. The only sight that looked in place was a parking lot filled with boats on trailers that had been flooded, making it look more like a marina. 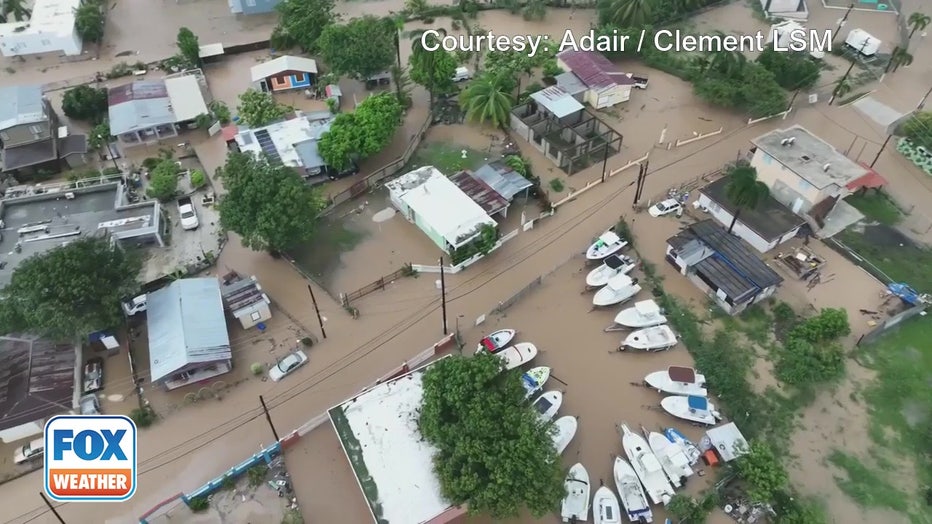 Video from the ground showed an SUV surrounded by water up to the top of its wheel wells.

HERE'S WHAT TO DO AFTER YOUR CAR IS FLOODED 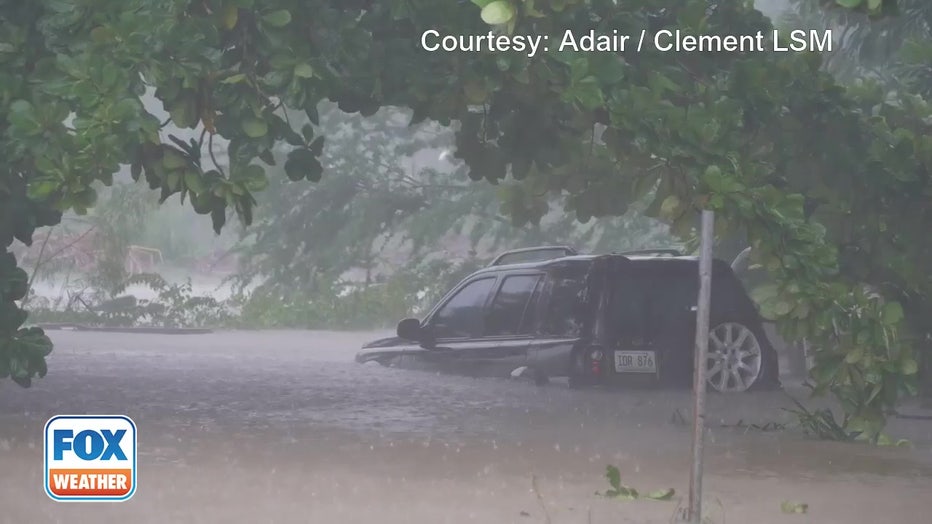 Water is over a foot deep across Salinas. (Adair / Clement LSM / FOX Weather)

Neighbors who were stuck inside all day Sunday, sheltering from the hurricane, sloshed through streets Monday as they surveyed the damage.

HOW FLOODWATER CAN MAKE YOU VERY SICK 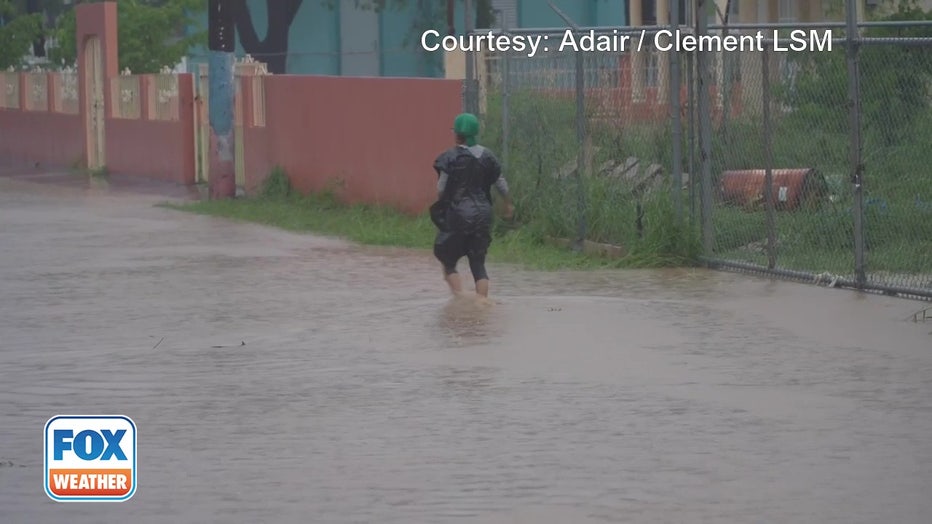 Only the reptiles looked comfortable walking the streets.

Even as Fiona departed Puerto Rico and crossed over the Dominican Republic, bands of rain continued to dump several inches more on the soaked island. The NWS issued a Flash Flood Warning for Salinas until Monday evening. The storm could still drop 4 to 6 inches of additional rain. 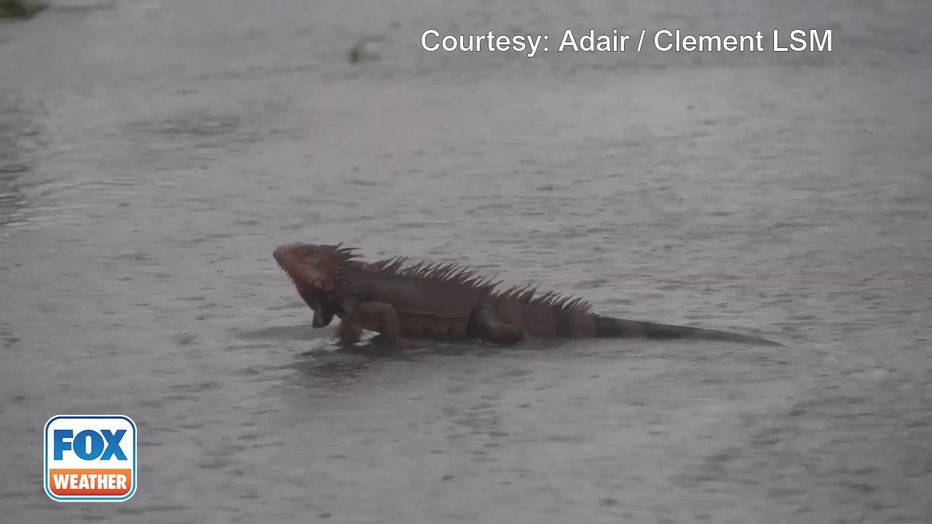 "Mudslide and rockfalls are likely in areas of steep terrain," read the NWS warning about life-threatening flash flooding.

HOW TO WATCH FOX WEATHER ON TV

Fiona has strengthened into a Category 3 storm, becoming the first hurricane of the 2022 Atlantic season. LiveNOW from FOX's Josh Breslow spoke with FOX Weather's Will Nunley, who is in Puerto Rico.

Six inches of moving water can make a walker fall, according to the NWS Flood Safety Information page. Six inches of water also reaches the bottom of most cars which can result in stalling and loss of control. A foot of water can float many vehicles, and 2 feet of rushing water can carry away most cars, SUVs and pickups.

LINK: GET UPDATES ON FIONA AND THIS STORY AT FOXWEATHER.COM