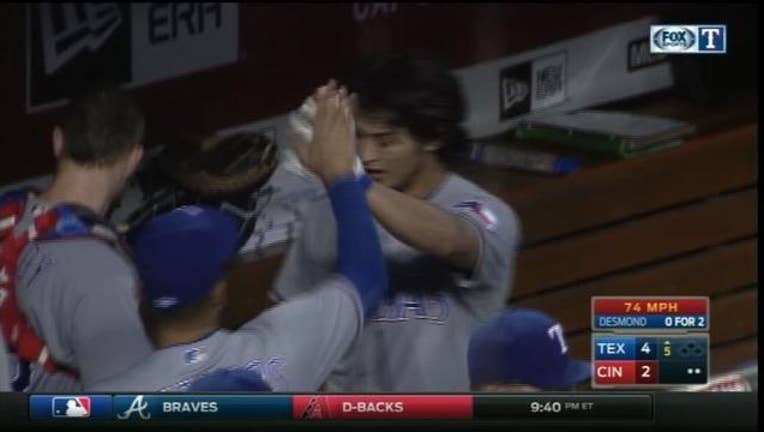 CINCINNATI (AP) — Yu Darvish hit only the second homer by a Rangers pitcher and Adrian Beltre hit a tiebreaking double in the eighth inning Wednesday night for a 6-5 victory over the Cincinnati Reds and a split of their two-game interleague series.

Darvish's solo shot to center field was one of three homers by the Rangers, who wasted a three-run lead before rallying late. Beltre's double off Blake Wood (5-2) snapped a 5-5 tie.

Nomar Mazara had a three-homer, and Ian Desmond followed Darvish's homer in the fifth with one off Tim Adleman. The Reds have given up 10 homers in the last three games, including four sets of back-to-back homers.

Darvish let a 5-2 lead slip away. He walked a season-high five batters and hit a batter in six innings. A passed ball and an error led to two unearned runs.