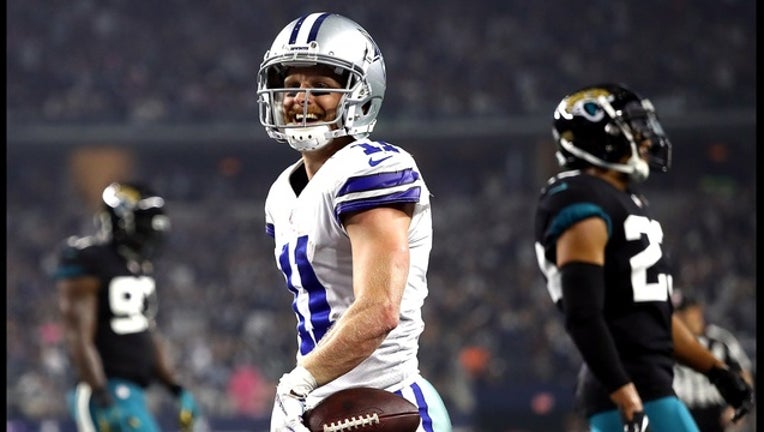 ARLINGTON, TX - OCTOBER 14: Cole Beasley&nbsp;of the Dallas Cowboys smiles after scoring a touchdown in the second quarter against the Jacksonville Jaguars at AT&amp;T Stadium on October 14, 2018 in Arlington, Texas. (Photo by Ronald Martinez

Beasley, who played most of an 11-season NFL career with the Dallas Cowboys, was signed to the Bucs practice squad to fill a need at receiver while Mike Evans was a serving a one-game suspension and Chris Godwin and Julio Jones were out with injuries.

Ezekiel Elliott hates the drive from Frisco to Arlington

Tampa Bay elevated the 33-year-old Beasley to the active roster each of the past two games. He had three receptions for 12 yards in his Bucs debut against the Green Bay Packers, then had one catch for 5 yards against the Kansas City Chiefs last Sunday night.

Beasley played seven seasons with the Cowboys before spending the past three with the Buffalo Bills, who released him last winter. He has 554 receptions for 5,726 yards and 34 touchdowns.

How to watch Dallas Cowboys vs. Los Angeles Rams - channel, stream, and more