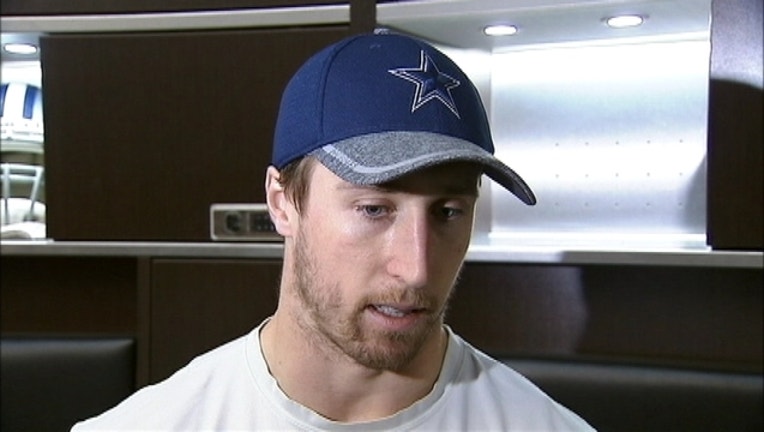 FRISCO, Texas (AP) - Sean Lee anchors Dallas' defense with plenty of questions as it tries to match a dynamic offense that carried the Cowboys to the best record in the NFC last season.

While the All-Pro linebacker is a good starting point, the Cowboys made it clear in the draft that few positions are safe for a unit that twice couldn't stop Green Bay in the final minutes after Dallas pulled even in a divisional playoff loss last season.

"We certainly have some new blood on defense," coach Jason Garrett said. "It's still early with every one of them but we feel like we drafted the guys we thought we drafted. And what I mean by that is you look at the evaluations of prior to the draft of each of these guys and what you're seeing now, they fit together."

At the same time, there are plenty of holdovers capable of winning starting jobs between now and the season opener Sept. 10 against the New York Giants.

Case in point: safety Jeff Heath. On the first day of minicamp Tuesday, the fifth-year player had two interceptions. He was running with the first team because Barry Church was among six key defenders who left in free agency.

"Every year in the NFL you're going to have new faces," Heath said. "That's how it works with free agency and guys retiring and stuff like that. I guess we've had more new guys than normal in the secondary."

After drafting pass rusher Taco Charlton in the first round, the Cowboys took a pair of cornerbacks with their next two picks: Chidobe Awuzie and Jourdan Lewis. Seven of Dallas' nine draft picks were defensive players.

"It's been fun to be around them," Lee said. "I also think we've got some older guys and we've got some guys on the defense and are ready to play and are going to surprise some people. We have certain standards defensively that we want to play by."

Lee is coming off his first All-Pro season, and his first offseason in five years without having to manage an injury. In the two years since he missed all of 2014 after tearing a knee ligament in the first offseason practice, the oft-injured Lee has been mostly healthy.

The seven-year veteran settles things at weakside linebacker. One of the biggest questions is right next to him, though.

Jaylon Smith, a second-round pick last year, is hoping to make his long-awaited debut at middle linebacker after a devastating knee injury in his final game at Notre Dame. Veteran Anthony Hitchens is the starter at the moment.

Charlton will get a long look at defensive end, where DeMarcus Lawrence and 2016 team sacks leader Benson Mayowa could be starters on opening night.

Awuzie and Lewis could challenge Orlando Scandrick, Anthony Brown and free agent Nolan Carroll, but have work to do.

Scandrick is motivated and a full year removed from a knee injury that sidelined him all of 2015. Brown had a promising rookie year along with sudden stars Dak Prescott and Ezekiel Elliott. Carroll is running with the first time right now.

For Lee, the challenge is a little different since he knows he'll be playing. Coming off consecutive 100-tackle seasons while proving he can stay healthy, Lee can focus on leadership.

The knee injury sidelined him during the 12-4 run to the NFC East title in 2014, which made last year's 13-3 mark all the more enjoyable.

"It was a dream come true to really be part of that team," Lee said. "And now my goal is to play better and help our team take that next step."