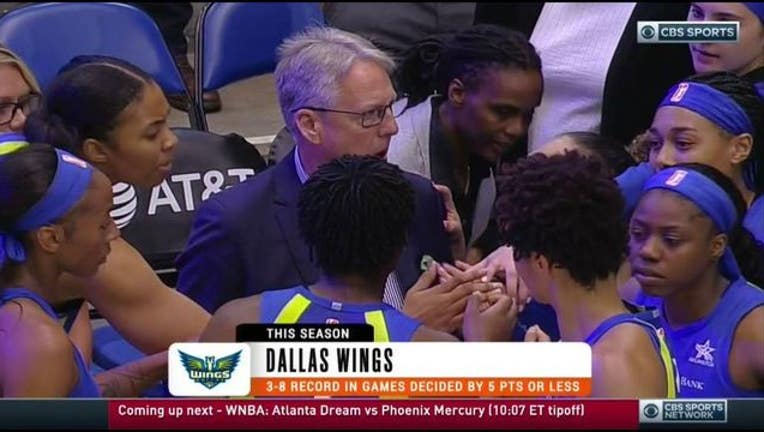 Isabelle Harrison's basket with 40.4 seconds left gave Dallas a 76-75 lead. Arike Ogunbowale, who added 21 points for the Wings (9-17), followed with three consecutive free throws and Gray added a pair to make it 81-75 with 17.4 seconds to go.

Bria Hartley cut the deficit to four with a pair of free throws for the Liberty (8-17), but that was as close as they would get.

Harrison had 15 points and Glory Johnson scored 11 for the Wings.

New York, which has lost seven straight, trailed by seven in the middle of the fourth quarter but rallied to take the lead at 73-71 with 1:43 to go.