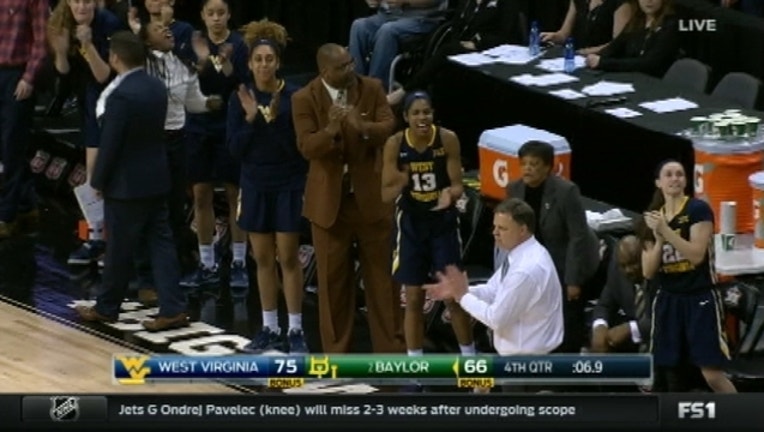 Martin, a sophomore guard, was named the tournament's most outstanding player.

West Virginia had never won the Big 12 Tournament. The Mountaineers last won a conference tournament in 1989, when they were in the Atlantic 10.

Teana Muldrow added 15 points for West Virginia (23-10), which advanced to the final with Top 25 victories over Oklahoma and Texas.

Kalani Brown scored 19 points and Kristy Wallace had 17 points and nine rebounds for Baylor (30-3), which had won the last six conference tournaments.

The Lady Bears had won seven in a row against West Virginia, but the Mountaineers lost by just six at Baylor on Feb. 6 in their previous meeting and played with confidence from the start in the final.

West Virginia: The Mountaineers were on the bubble for the NCAA Tournament after a rough finish to the regular season. They had dropped five of nine heading into the tournament to fall out of the Top 25. Now, they are in position to gain a high seed.

Baylor: The Lady Bears probably have done enough to remain a top seed in the tournament. Their body of work is impressive, including 11 wins over ranked teams. Baylor had scored at least 86 points in its four previous games, including a 103-64 win over Oklahoma.

West Virginia and Baylor await their seeds and opponents for the NCAA Tournament.