It was a nail biter in Frisco Monday night. FC Dallas got past Minnesota United in the Major League Soccer playoffs.

FRISCO, Texas - Alan Velasco scored the game-winning penalty in a shootout on Monday night and Dallas advanced past Minnesota 5-4 on penalty kicks after a 1-1 draw in the MLS playoffs.

Dallas moves on to play at second-seeded Austin on Sunday in the Western Conference semifinals. 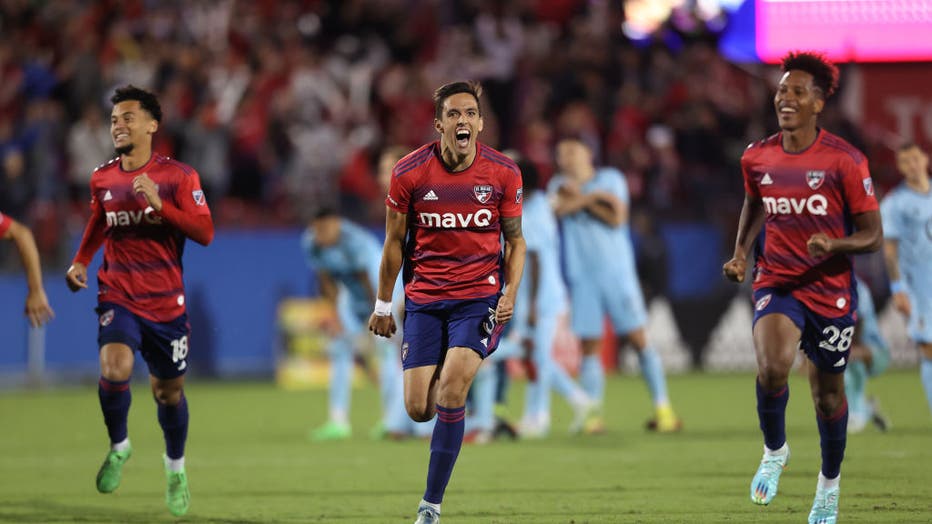 FRISCO, TX - OCTOBER 17: FC Dallas players celebrate after winning 5-4 in a penalty shootout during Round One of the 2022 MLS Cup Playoffs between Minnesota United FC and FC Dallas at Toyota Stadium on October 17, 2022 in Frisco, Texas. (Photo by Oma

The teams played two 15-minute overtime sessions after ending regulation tied at 1-all. Emanuel Reynoso opened the scoring in the 53rd minute for Minnesota. Bongokuhle Hlongwane was first to a long ball over the defense and he found an open Reynoso at the top of the box for a strike from distance.

Facundo Quignon tied it in the 64th by heading in a corner kick. Minnesota appeared to score a few seconds later, but Reynoso was ruled to be in an offside position.