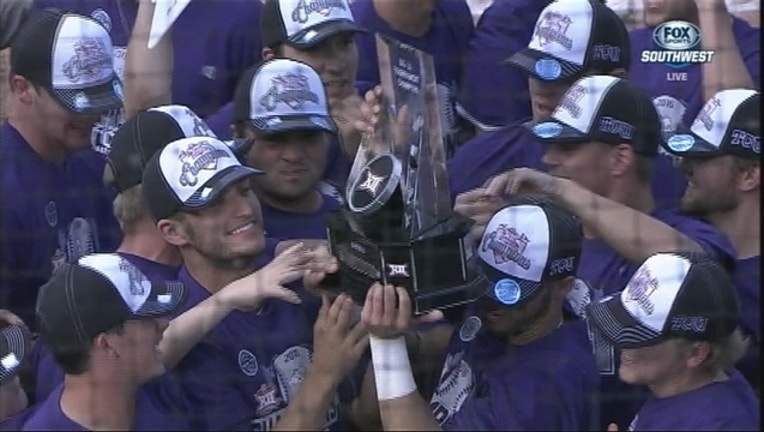 Sidelined most of the season with a muscle strain in his back, Traver (1-1) got his first win in his fifth start, striking out four and walking one.

The Horned Frogs (43-15) will play Gonzaga in the winner's bracket Saturday night. The fourth-seeded Golden Eagles (38-20) will face Arizona State in an elimination game.

Oral Roberts starter Bryce Howe (6-5) walked eight in five-plus innings, the last leading off the sixth when he trailed just 1-0. Warner, with a two-run homer, was the last of four straight hitters to reach to start the sixth against Howe and reliever Josh McMinn.