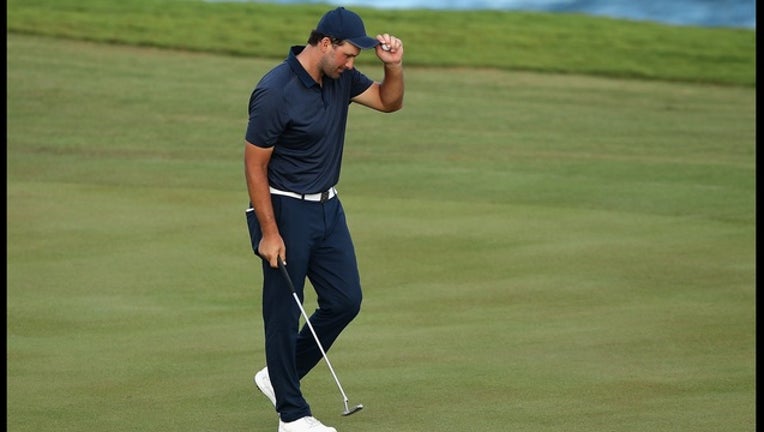 PUNTA CANA, Dominican Republic (AP) - Tony Romo bogeyed the first six holes and shot a 10-over 82 on Friday to finish last in his PGA Tour debut.

Romo followed the opening bogey run in the Corales Puntacana Resort and Club Championship with a double bogey on the par-4 18th. He birdied the par-5 fourth and par-4 sixth on the second nine, but had double bogeys on the par-3 second and par-4 fifth.

The former Dallas Cowboys quarterback had a 15-over 159 total - six shots worse than the next player on the leaderboard and 28 strokes behind leader Brice Garnett.

Romo opened with a 77. Now an NFL analyst for CBS Sports, he received a sponsor's exemption to the tournament and played as an amateur. The event has one of the weaker fields of the year because it is held opposite the World Golf Championships event in Texas.

Steve Wheatcroft and Keith Mitchell were a shot back, each after their second 66.