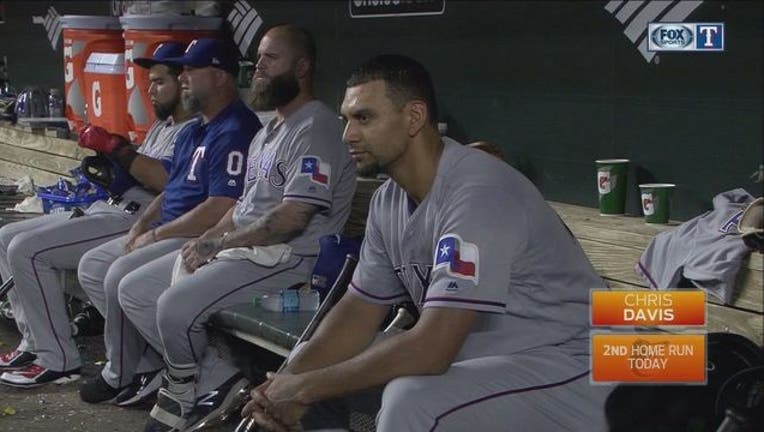 ARLINGTON, Texas (AP) - Rangers starter Tyson Ross has been put on the 10-day disabled list because of a blister on his right index finger.

Texas made the move Monday before the series opener against Miami to start a nine-game homestand. It was a day after Ross allowed five runs and four hits in 3 2/3 innings at Tampa Bay.

Ross (2-2, 7.52 ERA) has allowed 14 runs over seven innings his last two starts. Ross has started seven games for the Rangers since his mid-June debut after missing the start of the season while recovering from offseason surgery to correct Thoracic Outlet Syndrome.

Triple-A All-Star catcher Brett Nicholas was recalled from Round Rock.

Rangers catcher Robinson Chirinos left Sunday's game with a sprained left ankle after a collision at the plate. X-rays were negative.