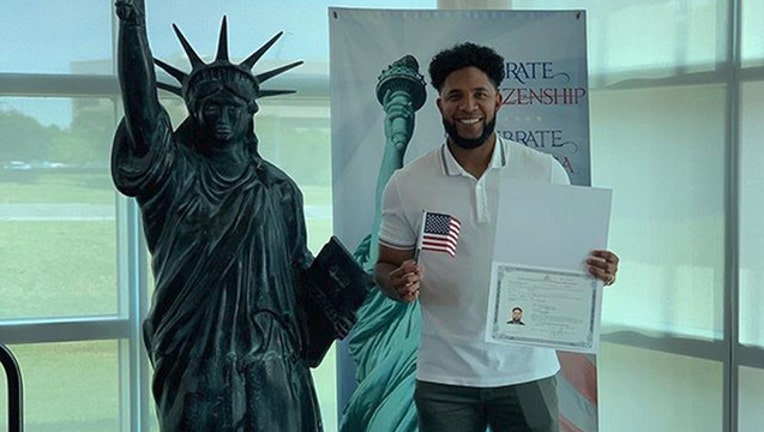 The shortstop passed his citizenship test and was sworn in at a North Texas immigration office on Friday afternoon.

Andrus posted a photo on Instagram posing next to a Statue of Liberty replica and holding his citizenship certificate and a USA flag.

Andrus was born in Venezuela, but events and constant political chaos over the past few years in his native country led to him working toward his citizenship in the United States. He has had a resident green card for the past five years.

“I will always be very proud of where I came from and I am humbled where my journey has taken me,” Andrus said in a post.

He flew back to North Texas after the Rangers’ 11-3 win in Oakland on Thursday night to take his citizenship test on Friday.

“I’ve learned so much in this journey to U.S. citizenship. I’m thankful and grateful for the rights and freedoms of Americans and will never take that for granted,” Andrus said in his Instagram post.

Andrus’ wife is also from Venezuela and is a naturalized citizen in the U.S. Andrus’ two children are U.S. citizens since they were born in the United States.