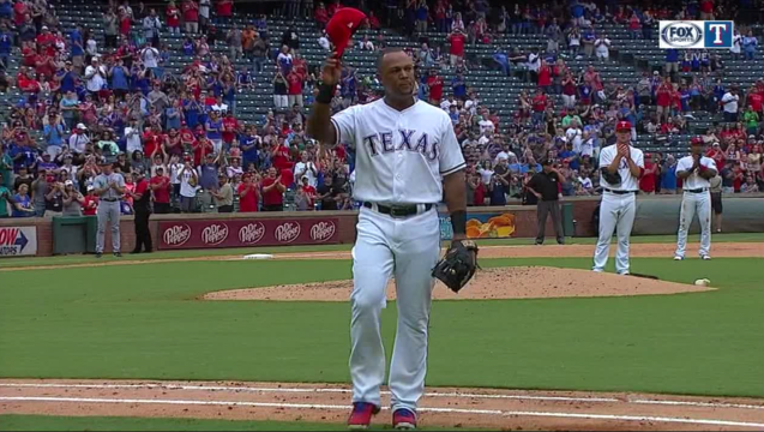 Beltre spent 21 seasons in Major League Baseball, the last eight in Texas. Beltre was mum on his plans as the 2018 season wound down, but he was given a standing ovation as he walked off the field for the final time in Arlington and in the season finale in Seattle.

“I have thought about it a lot and although I appreciate all the opportunities and everything that baseball has given me, it’s time to call it a career,” Beltre said in an open letter to fans. “I have enjoyed the privilege of playing professional baseball since I was 15 years old. I have been blessed to have played 21 seasons at the highest level in Major League Baseball.”

The four-time All-Star and five-time Gold Glove winner made his big league debut at 19 with the Dodgers in 1998.

In his statement, Beltre thanked former Dodgers manager Tommy Lasorda for "believing in this young kid from the Dominican Republic when others thought I was too young to be called up" to the majors.

Beltre played with Los Angeles until 2004, then was with the Seattle Mariners from 2005-09 and the Boston Red Sox in 2010. He joined the Rangers as a free agent in 2011 and appeared in his only World Series in his first season with Texas.

"We have been honored to have Adrian Beltre as a Texas Ranger for the last eight years," team co-chairman and managing partner Ray Davis said. "Adrian has represented this organization in an exemplary fashion on and off the field, and it has been privilege for all of us to be associated with him. He is one of the greatest third basemen to ever play this game. But his greatest legacy will be as a teammate, a mentor, a husband, and a father."

Beltre hit .273 with 15 homers and 65 RBIs in 119 games this season, when he went on the disabled list twice because of an ailing left hamstring issues that also bothered him at the end of the 2017 season.

"As much fun as people see us having at the ballpark all of the time, and playing around, I haven't met somebody that was more detailed about the game than him," Rangers shortstop Elvis Andrus said. "He's going to be missed for sure. It's going to be different."

"The thing for me that stood out that I was unaware of ... was how much he fun he had," Rangers general manager Jon Daniels said. "He's obviously got an intense demeanor and it probably takes a little while for everybody to kind of get comfortable with him because he's an intimidating guy, just because he's so regimented and serious."

"To all my fans in the Dominican Republic, the United States and Latin America, my sincerest THANK YOU for your continuous support throughout my career," Beltre wrote. "While I will forever cherish the memories from my time playing the greatest game on earth, I am excited to become a fulltime husband and father, and I am ready to take on the next chapter of my life."