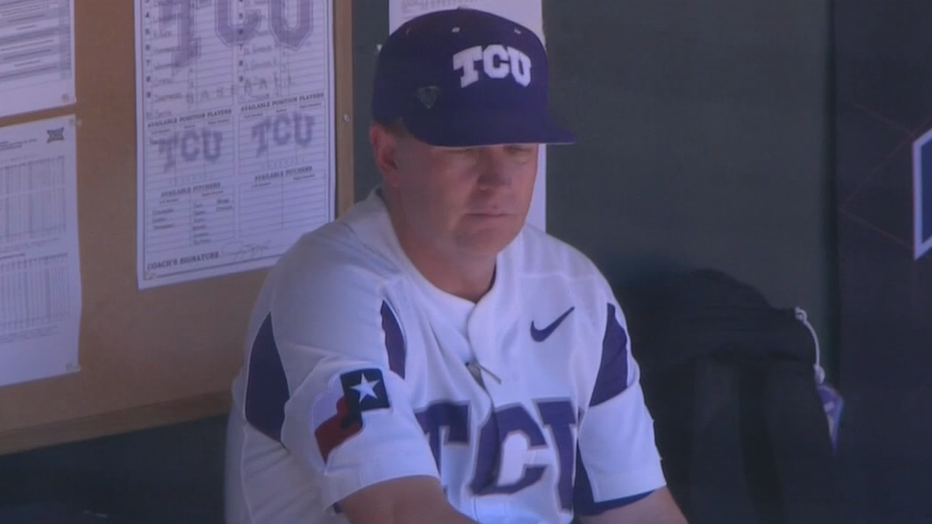 Schlossnagle replaces Rob Childress, whose contract wasn't renewed after the Aggies missed the NCAA Tournament for the first time since 2006.

"I am extremely excited to get things started in Aggieland, and I am humbled by this incredible opportunity," Schlossnagle said. "With the resources and facilities available at this world-class university, the foundation is here to win championships and make the 12th Man a regular visitor to Omaha."

The Horned Frogs this year shared the Big 12 regular-season title with Texas, won the conference tournament and were a No. 6 national seed in the NCAA Tournament before losing at home last weekend. Schlossnagle was 734-346 at TCU, which went to the College World Series in 2010 and then made four consecutive trips to Omaha from 2014-17.

Childress was 622-336-3 in 16 seasons at Texas A&M, including a school-record 13 consecutive NCAA appearances from 2007-19 before there was no tournament last year because of the coronavirus pandemic. The Aggies were 29-27 overall this season and missed the SEC Tournament after going 9-21 in conference play and finishing last in the SEC West.