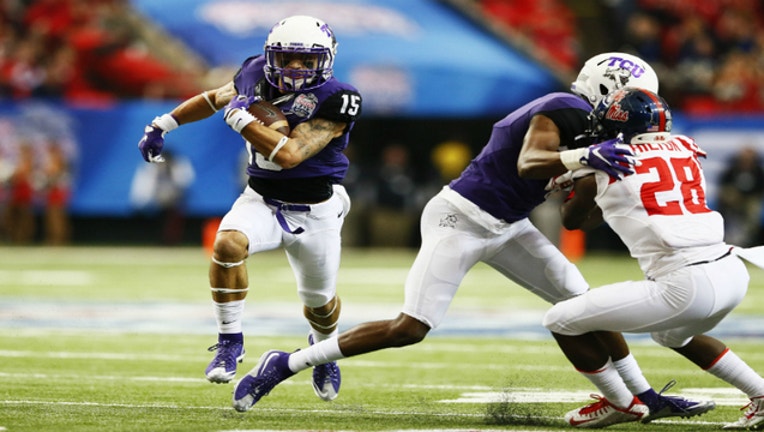 Echols-Luper announced the decision on his Twitter account. TCU officials confirmed Saturday that the junior, whose father is the Horned Frogs running backs coach, is no longer in the program.

In his Tweet, Echols-Luper said he decided to begin a new chapter in his life with a "fresh start." He made no reference to where he was going.

The Fort Worth Star-Telegram reported that Echols-Luper is transferring to Arkansas State, and Frogs coach Gary Patterson said the move is for him to play quarterback.

Echols-Luper played 24 games the past two seasons for the Horned Frogs. He was primarily a returner, averaging 11.8 yards on 47 punt returns with one touchdown. He had 13 catches for 93 yards.