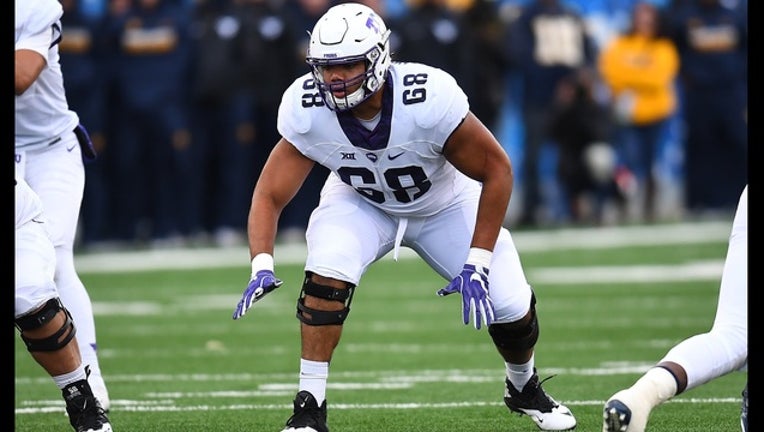 Joseph Noteboom #68 of the TCU Horned Frogs in action during the game against the West Virginia Mountaineers at Mountaineer Field on October 22, 2016 in Morgantown, West Virginia. (Photo by Joe Sargent/Getty Images)

THOUSAND OAKS, Calif. (AP) - After an offseason focused on addressing immediate needs on defense, the Los Angeles Rams looked to the future of their offensive line by selecting TCU tackle Joseph Noteboom on Friday night in the third round with their first pick of the NFL draft.

A three-year starter for the Horned Frogs, Noteboom was drafted 89th overall and could eventually be the successor to 36-year-old Andrew Whitworth at left tackle. Noteboom played left tackle in his final two seasons at TCU and was an honorable mention All-Big-12 selection last season.

The Rams were originally set to make their first selection with the 23rd pick in the third round but made a trade with Oakland, picking up a sixth-round pick for moving down two spots from 87th overall.