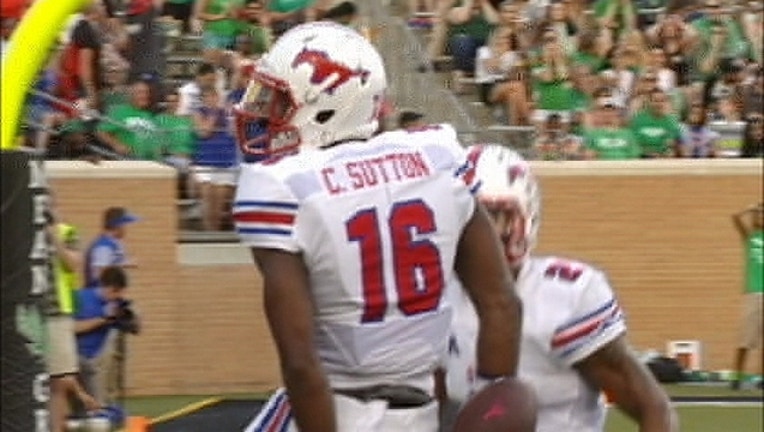 DENTON, Texas (AP) — Courtland Sutton only made four catches but three went for touchdowns in SMU's 34-21 victory over North Texas in a season opener on Saturday.

Sutton finished with 162 yards receiving, including an 88-yarder from Ben Hicks for the fifth-longest touchdown pass in Mustangs history. Sutton's other two TD receptions were thrown by Matt Davis. Xavier Jones added 115 yards and a score on 11 carries as the Mustangs rolled up 572 yards offense.

SMU jumped out to a 17-0 lead in the first quarter on Jones' 49-yard run, a 29-yard field goal by Josh Williams, and the 88-yard pass play. A 46-yard Davis pass to Sutton with two minutes left in the half put the Mustangs ahead 24-7, which came following Horace Richardson's second interception of the game.