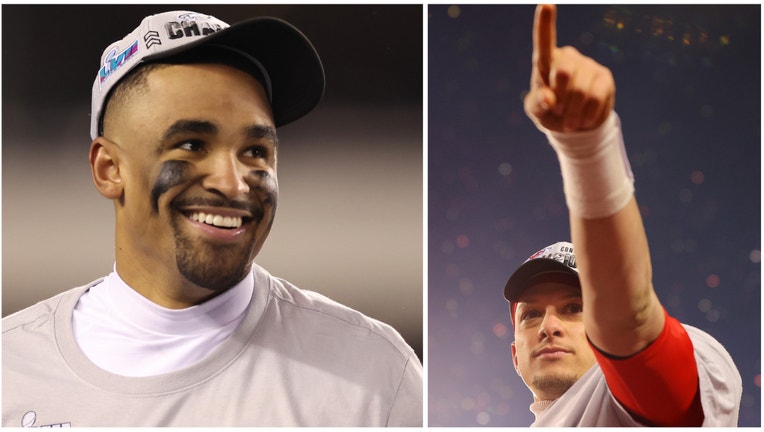 CHICAGO - The Vince Lombardi Trophy has been polished, the helmets have been shined and the playoffs have all been played: The only thing left on the NFL's 2022 season to-do list is to play the Big Game.

We've pulled together all the big questions (and answers!) regarding Super Bowl Sunday, the biggest night in sports. Read on for the whos, whats, wheres, whens and hows of this year's NFL clash of the titans.

When is the Super Bowl this year?

This year's Super Bowl will be held on Sunday, Feb. 12.

What time is the Super Bowl?

Who is playing in the Super Bowl?

After a thrilling offseason (and one final nailbiter), we finally know which two teams will go head-to-head in the Super Bowl: Patrick Mahomes and the Kansas City Chiefs will face Jalen Hurts and the Philadelphia Eagles. And that's great news for football fans. As FOX Sports' Martin Rogers put it, "This is not just the Super Bowl, it's the right Super Bowl… [T]hese have proved to be the best two teams in the National Football League, based off a body of work that stretches back to Week 1." 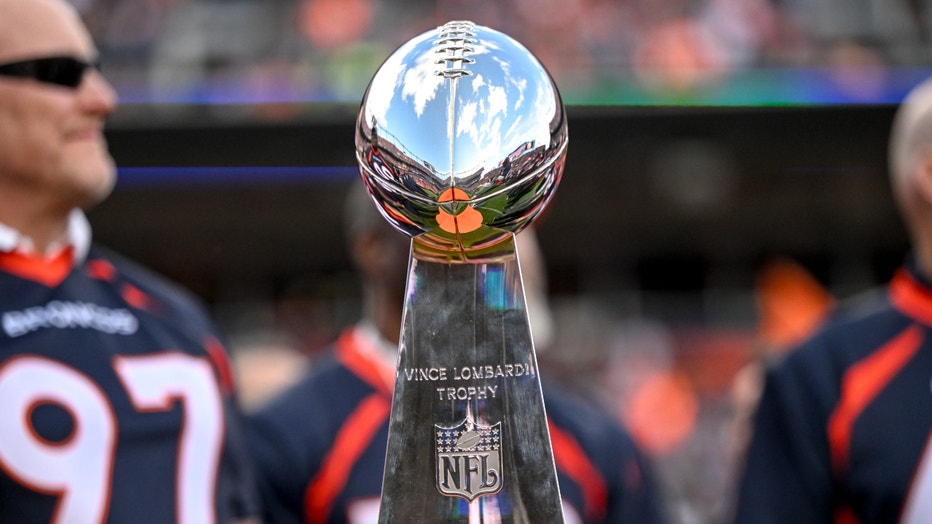 DENVER, CO - OCTOBER 23: The Lombardi Trophy on display during a halftime celebrations celebrating the teams Super Bowl XXXII win over the Green Bay Packers at Empower Field at Mile High in Denver on Sunday, October 23, 2022. (Photo by AAron Ontivero

Where is the Super Bowl this year?

The eyes (and cameras) of the country will turn toward State Farm Stadium (formerly University of Phoenix Stadium) in Glendale, Ariz. State Farm Stadium is the home of the Arizona Cardinals. There's no chance of a home team advantage, as the Cards were officially knocked out of playoff contention with a Dec. 18 loss to the Denver Broncos.

This isn't the first time that State Farm has hosted the Big Game. The stadium was also home to Super Bowl XLIX in 2015, when the Tom Terrific and the New England Patriots bested the Seattle Seahawks. Even more memorably, State Farm was the site of Super Bowl XLII in 2008, in which the NFC wild card entry New York Giants upset the Pats in what's widely considered one of the greatest games in NFL history. (It's the one with the helmet catch.)

Where is the Super Bowl airing?

This year's game will be broadcast exclusively on FOX.

Where to stream the Super Bowl for free

You can stream the championship game on FOXSports.com, via the FOX Sports app and in the NFL+ app. 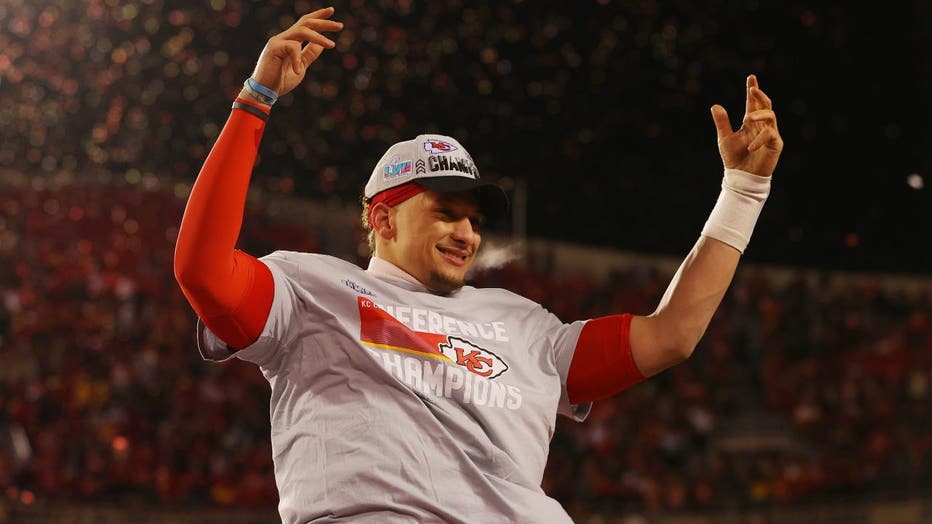 What are the odds on the Super Bowl?

As of this writing, FOX Bet gives Hurts and the Eagles the edge (they're a 1.5-point favorite), but given how strongly both have played this seasons – both had a 16-3 record, and both were the #1 seed in their respective conferences – it's far from a sure thing.

Who is doing the Super Bowl halftime show?

That would be Rihanna, in a show sponsored by Apple Music (replacing longtime sponsor Pepsi).

Who is singing the national anthem at the Super Bowl?

Grammy winner and country superstar Chris Stapleton will make the trek to Arizona to sing "The Star-Spangled Banner." He'll be joined by Oscar winner Troy Kotsur, who'll perform the anthem in American Sign Language. (Kotsur became the second deaf actor to win an Academy Award when he picked up his Best Supporting Actor statuette for 2021's "CODA.")

Who else is performing at the Super Bowl?

Aside from Riri, Stapleton and Kotsur, the broadcast will feature performances from Babyface (who'll sing "America the Beautiful") and Emmy winner Sheryl Lee Ralph (performing "Lift Every Voice and Sing"). Both performances will happen before kick-off.

How many Super Bowl wins per team?

The Pittsburgh Steelers and the New England Patriots have both won the Super Bowl six times, with the Pats making 11 big game appearances, while the Steelers have made it to the dance eight times. The San Francisco 49ers and the Dallas Cowboys have each clinched five Super Bowl wins, with the Niners making seven Super Bowl appearances and the Cowboys eight. Rounding out the top crop are the Green Bay Packers the New York Giants, with four wins and five appearances each.

What teams have never won a Super Bowl?

There are 12 teams that have never won a Super Bowl:

Of those teams, there are four that have never made a Super Bowl appearance: the Browns, the Lions, the Texans and the Jaguars.

One of the more exciting elements of this NFL post-season was the number of teams in the hunt without rings to their names: the Vikings, Chargers, Bills, Bengals and Jaguars were all in the post-season. Before the wild card round narrowed the field, more than half the playoff contenders in the AFC would have been first-time victors.

But it's not as though the post-season has been exclusively a newbies club: The indefatigable (eliminated) Tom Brady hoped to take his Buccaneers to their third Super Bowl. (Brady's 10 big game appearances are an NFL record, as are his seven wins.) 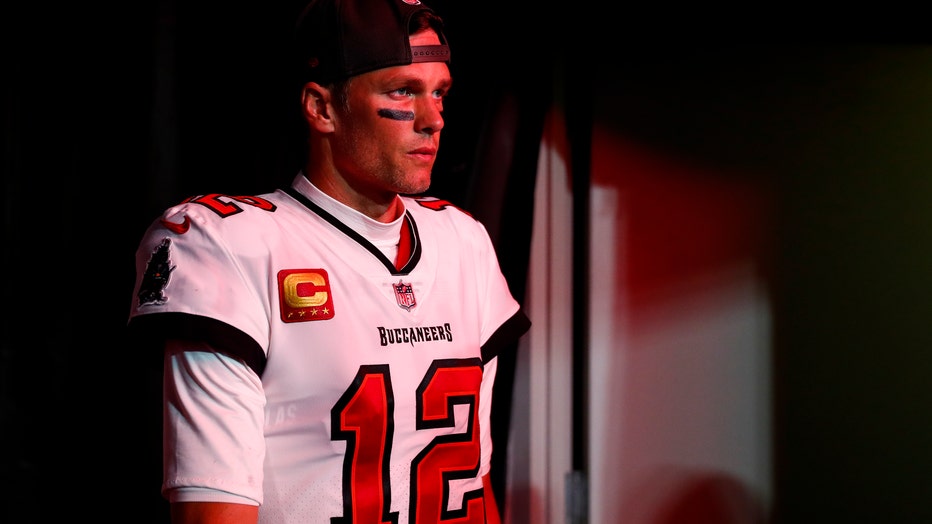 TAMPA, FL - JANUARY 16: Tom Brady #12 of the Tampa Bay Buccaneers walks through the tunnel prior to an NFL wild card playoff football game against the Dallas Cowboys at Raymond James Stadium on January 16, 2023 in Tampa, Florida. (Photo by Kevin Sabi

What is the lowest scoring Super Bowl?

What is the highest scoring Super Bowl?

What is the Super Bowl losers curse?

What show is on after the Super Bowl?

This year, the coveted post-game spot belongs to Chef Gordon Ramsay. "Next Level Chef," the latest addition to Ramsay's growing TV empire, returns for its second season as soon as whoever wins the Big Game has stopped hoisting the Lombardi in the air.

You don't have to be all caught up with the show to enjoy season two, but if you're looking for something to watch between playoff games, the whole first season is streaming on Tubi, along with a whole slew of other Gordon Ramsay shows. (He's even got his own channel.)

How much are Super Bowl tickets?

Good luck getting a ticket. Resellers on StubHub are selling seats for anywhere from $4,725 to $450,00 – and that's for a single ticket. But luckily for (almost) all of us, the Oscars of football will be broadcast exclusively on FOX – and the cordcutters among us can stream the game on FOXSports.com, via the FOX Sports app and in the NFL+ app.