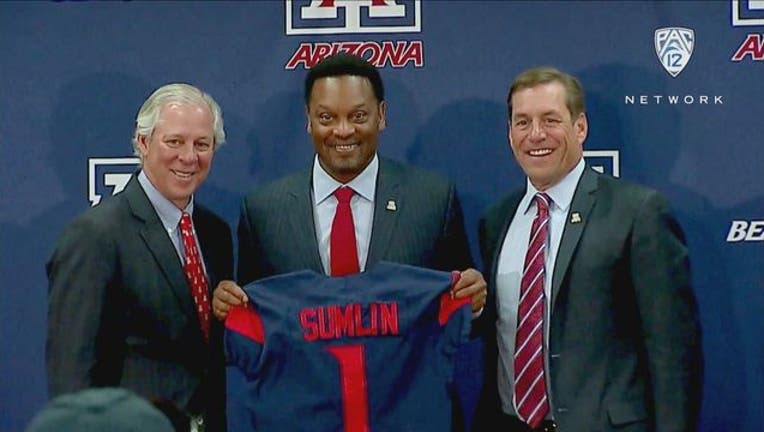 TUCSON, Ariz. (AP) -- Kevin Sumlin was introduced as head football coach at Arizona on Tuesday, calling it "the right place and the right challenge" for him.

Sumlin, who also coached four seasons at Houston, takes over just 13 days after Arizona fired Rich Rodriguez after a notice of claim was filed with the state attorney general's office alleging he ran a hostile workplace.