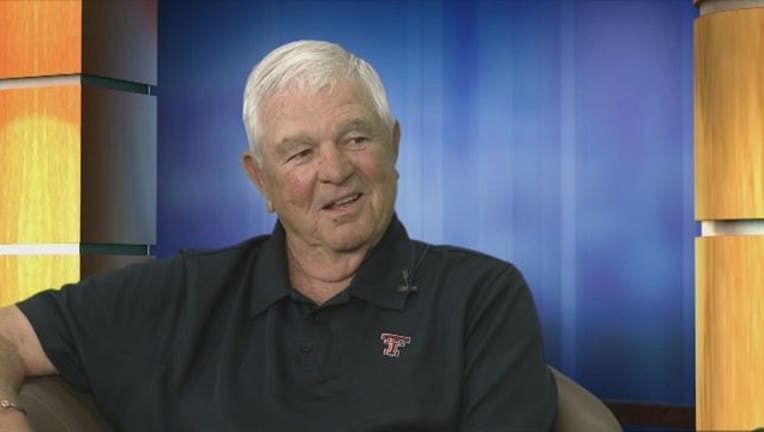 LUBBOCK, Texas (AP) - Spike Dykes, the folksy West Texas native who led Texas Tech to its only Cotton Bowl when that game was reserved for the Southwest Conference champion, has died. He was 79.

School spokesman Matt Dowdy said Dykes died Monday in Horseshoe Bay, Texas, near Austin. There was no immediate word on a cause of death.

Dykes gave Texas Tech coaching stability after the Red Raiders had been spurned by David McWilliams, who left Texas as an assistant to become Tech's head coach in 1986 only to return to Austin a year later when Fred Akers was fired.

Texas Tech promoted Dykes, who had joined the staff in 1984, and he retired as the school's winningest coach with a record of 82-67-1 over 13 seasons, plus an Independence Bowl loss after McWilliams' departure.

Mike Leach, who took over when Dykes retired at the end of the 1999 season, broke Dykes' mark with 84 wins in 10 seasons.

The Red Raiders hadn't had a head coach stay more than five years since JT King in the 1960s before Dykes and Leach, whose combined tenures covered 23 seasons. Dykes was a three-time SWC coach of the year.

"Anyone who met Spike quickly learned how much he loved West Texas and most importantly, Texas Tech," athletic director Kirby Hocutt said. "The legacy he left at Texas Tech will be remembered forever."

William Taylor Dykes, the son of a cotton ginner, was born across the street from the Texas Tech campus and grew up in tiny Oasis, near the New Mexico state line. He was a high school standout in Ballinger, another small West Texas town.

Dykes spent 40 years in coaching, starting in high schools mostly in West Texas before a few college assistant stops that included Texas and Mississippi State. He returned to the high school ranks at West Texas power Midland Lee in the early 1980s before joining Jerry Moore's staff at Tech.

The Red Raiders finished in a five-way tie for second in the SWC in 1994, when Texas A&M went 10-0-1 but was ineligible for postseason play because of NCAA sanctions.

Texas Tech got the Cotton Bowl bid in the second-to-last season of the SWC because it had the longest Cotton Bowl drought. The Red Raiders lost to Keyshawn Johnson and Southern California 55-14.

Dykes' homespun style endeared him to fans, players and reporters. In his words, a loss was "a bad day at Black Rock" and good teams were "a rollin' ball o' butcher knives."

"Words cannot describe what Coach Dykes meant to West Texas, Texas Tech University, this program and me, personally," said current coach Kliff Kingsbury, whose first start as a Tech quarterback was Dykes' final game in 1999 - a 38-28 win over Oklahoma.

Dykes had a pair of nine-win seasons in the SWC and winning records the first four years in the Big 12 before Leach took over. Texas Tech had seven losing seasons in eight years before Dykes arrived.

Sonny Dykes, one of Dykes' two sons, was the head coach at Cal from the past four seasons before getting fired. He is now an assistant to Gary Patterson at TCU.