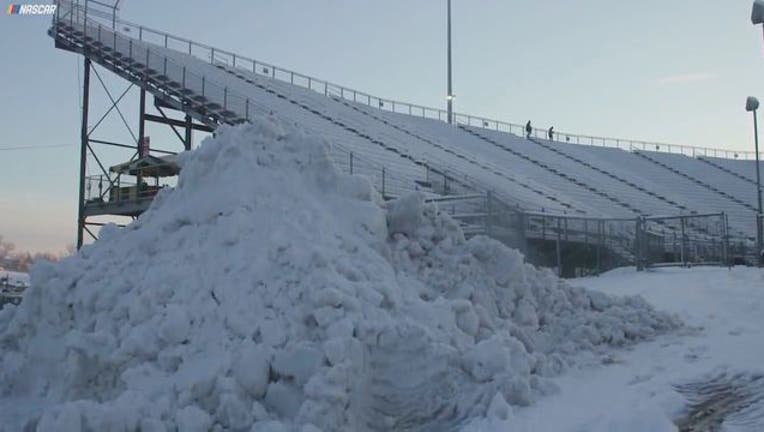 MARTINSVILLE, Va. (AP) - The NASCAR Cup Series race at Martinsville Speedway has been postponed until Monday because of inclement weather.

Rain and light snow started falling Saturday afternoon and continued into the night, creating dangerous driving conditions on nearby roads and leaving little chance of getting the track cleared and dry enough to race Sunday.

There was no qualifying session for the Cup Series because of a wintry mix that moved through the Virginia area and halted the Truck Series race after just 23 laps Saturday.

The Truck Series race will resume at 11 a.m. Monday, followed by the Cup Series race at 2 p.m.