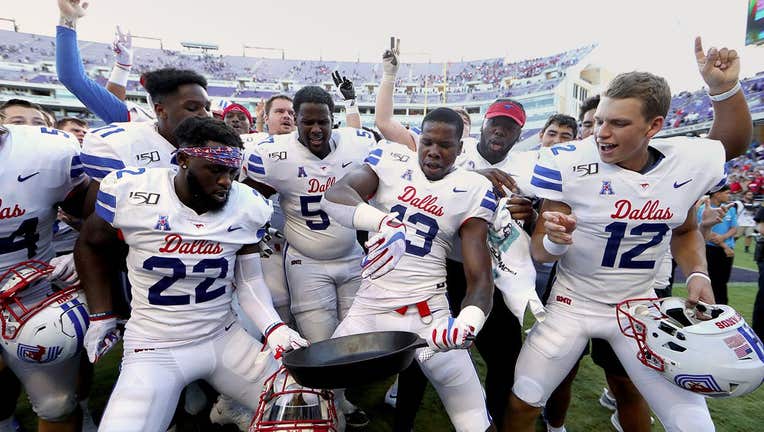 DALLAS - SMU will wear its custom “Dallas” uniforms for its game against the University of Houston on Thursday as a show of support for those affected by Sunday’s tornadoes.

The Mustangs are wearing the uniforms at the request of Dallas Mayor Eric Johnson, university officials said. No lives were lost -- but numerous homes, schools and business were damaged or destroyed by the EF-3 tornado that struck late Sunday.

“I am touched that @SMU is showing its support for the residents of the @CityOfDallas who were affected,” Johnson tweeted.

The uniforms feature “Dallas” in a large script on the front and have the city’s “Triple D” symbol in blue on the helmet with the Mustang logo inside.

SMU debuted the alternate uniforms earlier this season and they were met with nearly universal praise by college football fans.

The Mustangs are in the midst of a remarkable season and are 7-0 for the first time since 1982. Their game at Houston kicks-off at 6:30 p.m. Thursday on ESPN.