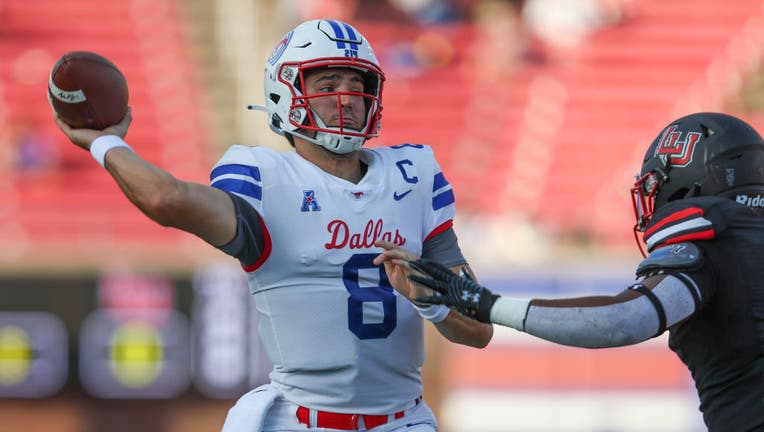 Mordecai was 18-of-31 passing for 212 yards. He connected with Rashee Rice twice for scores, including the Mustangs' first touchdown. Rice also made an over-the-shoulder, 20-yard catch in the end zone late in the third quarter. Rice finished with nine catches for 132 yards.

TJ McDaniel found a crease up the middle, stiff armed a defender then ran along the left sideline for a 56-yard touchdown run that stretched the Mustangs’ lead to 24-7 late in the first half. McDaniel scored his first touchdown since the 2020 season. He sat out last season due to injury. He added a 1-yard score and finished with 96 yards on the ground.

Khalan Griffin had a 1-yard touchdown run for Lamar (0-2).