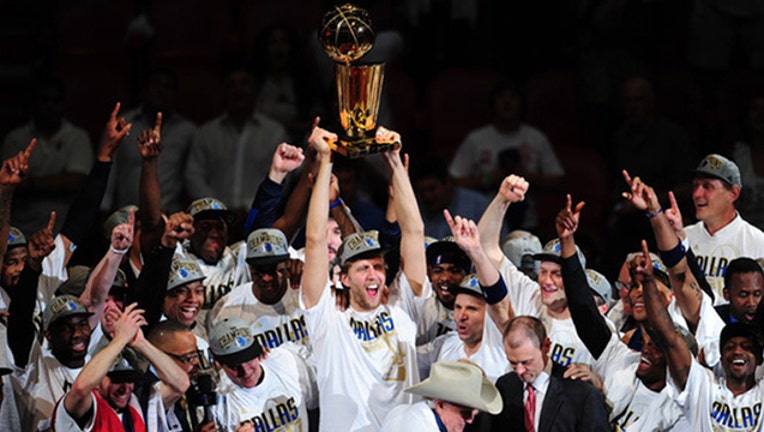 On June 12, 2011 the Dallas Mavericks shocked the NBA world by taking down the LeBron James and the Miami Heat to clinch a championship.

The title was the city of Dallas' first in the four major sports since the Stars took home the 1999 Stanley Cup.

Fast forward exactly six years, and James has his back against the wall again. After fending off a sweep on Friday night, James' Cleveland Cavaliers still trail the Golden State Warriors 3-1.

Many consider James' loss to the Mavericks as the low point of his NBA career. Dallas' defense held the superstar forward to just 17.8 points per game, well below his 2010-11 season average of 26.7. Four players in the series outscored James, including Finals MVP Dirk Nowitzki and Mavericks' bench player Jason Terry.

The 2011 championship ended a long dry spell for the Mavericks, who had never won a title in their 30 years as an NBA franchise. The win also offered revenge for the team, who had lost to the Heat in the 2006 NBA Finals. Dallas lost key contributors in Tyson Chandler, Caron Butler and J.J. Barea (who later returned) after the championship, and have not won a playoff series since.

Tonight, James will look to avoid a June 12 elimination for the second time. He has an 0-4 record on the date for his career.

Game 5 of the NBA Finals will air at 8 p.m. central time on Monday.