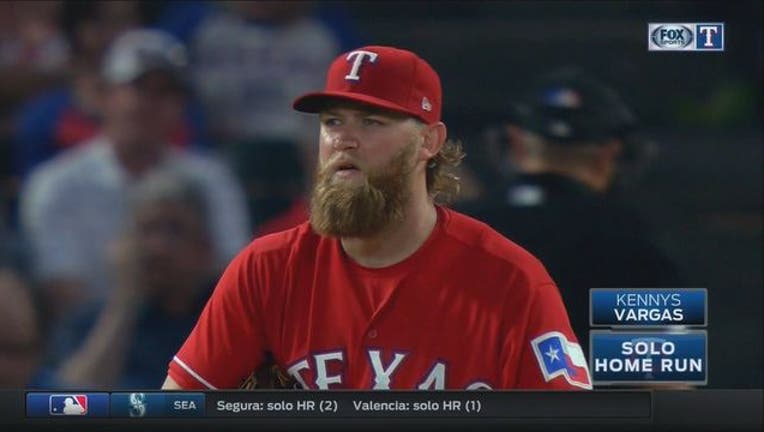 Santana (4-0) allowed a run, four hits and one walk with six strikeouts in seven innings. He went into the game leading major league starters in ERA (0.64) and opponents' batting average (.099).

Santana's standout performance came at a venue that had previously frustrated him. In 17 previous starts at Globe Life Park, he was 6-7 with a 6.93 ERA.

Kennys Vargas also homered for Minnesota, his first since being recalled from Triple-A Rochester last Sunday.

Both homers came off Andrew Cashner (0-2), who labored through his four-plus innings. He matched a career high with six walks, allowed five hits, had a wild pitch and threw 92 pitches.