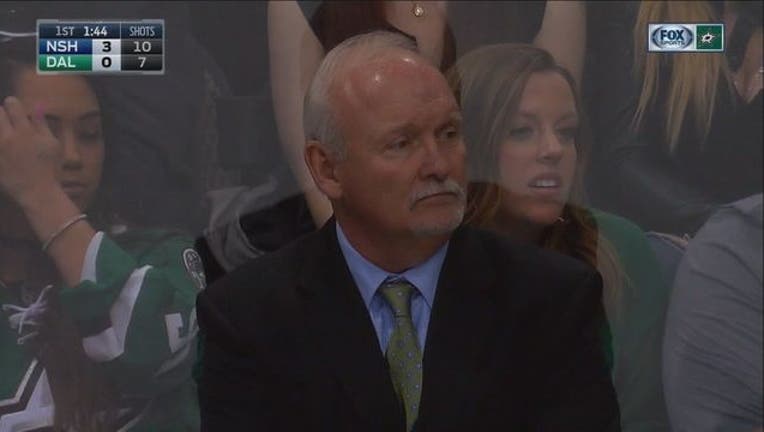 DALLAS (AP) - Lindy Ruff will not return as coach of the Dallas Stars after the team went from the Western Conference's top seed last year to missing the playoffs this season.

General manager Jim Nill announced the move Sunday, a day after the Stars finished with their second-fewest points in a full season since moving to Dallas in 1993-94. Ruff didn't have a contract beyond this season.

In a statement, Nill thanked Ruff "for his commitment and professionalism over the four years that he served as our head coach in Dallas."

Ruff was the first significant hire for Nill after he took over following the 2012-13 season. Nill had decided not to renew the third-year option for coach Glen Gulutzan.