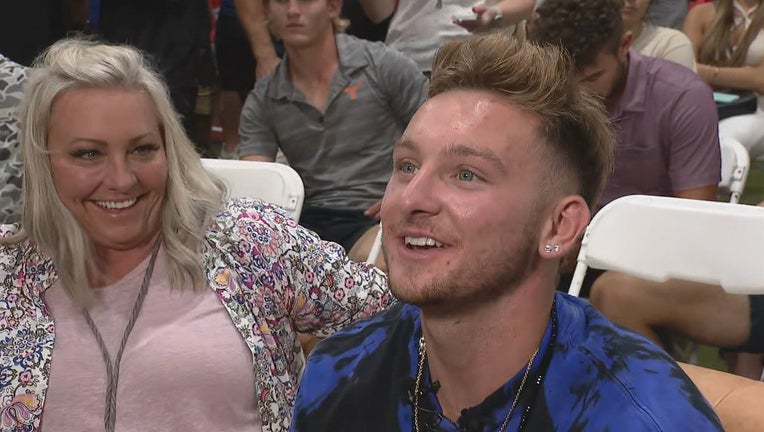 ROCKWALL, Texas - A high school star from North Texas was chosen in the first round of the MLB draft.

The 5-foot, 8-inch shortstop is one of the smallest players in this year’s draft. But he’s also one of the best hitters and has worked hard to overcome the limitations of his height.

A North Texas teenager with big league dreams will soon hear his name called in the Major League Baseball draft. It took more than just physical gifts to make that dream a reality.

Williams celebrated at a draft party in North Texas.

"My family and friends here, it’s a pretty awesome moment just to have everyone here and kind of just enjoy it with them after this," he said. "I’m so excited and can’t wait to get to New York. Going back to New York where I lived for two years, so it’ll be special to go back there."

Two other high school players from North Texas were recent first round picks.

One of them, Bobby Witt Jr. of Colleyville Heritage, is already in the big leagues playing shortstop and third base with the Kansas City Royals.