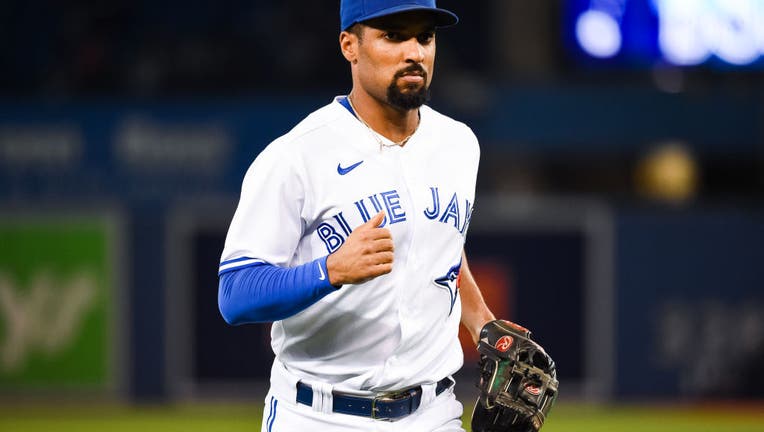 TORONTO, ON - OCTOBER 01: Look on Toronto Blue Jays Infield Marcus Semien (10) during the Baltimore Orioles versus the Toronto Blue Jays game on October 01, 2021, at Rogers Centre in Toronto, ON (Photo by David Kirouac/Icon Sportswire via Getty Image

According to multiple reports, the Rangers and Semien agreed to a 7-year deal worth $175 million.

Semien won Gold Glove and Silver Slugger awards last season at 2nd base, and was an All-Star. He also was third place in AL MVP voting.