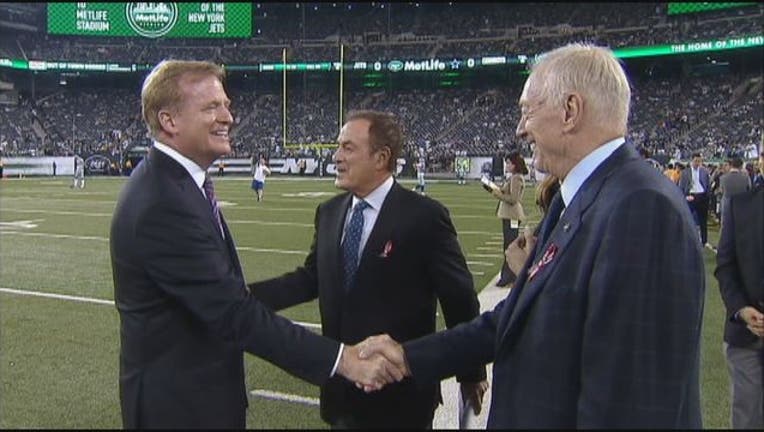 Roger Goodell is set to fine Dallas Cowboys owner Jerry Jones millions of dollars, according to a report from The New York Times.

The paper said the fines will be for Jones’ failed efforts in the fall to prevent Goodell from getting a new contract and his efforts to prevent a suspension for Cowboys RB Ezekiel Elliott.

Jones hired a notable high-powered lawyer in the fall and threatened to sue members of the NFL compensation committee, which was working on the contract extension for the commissioner.