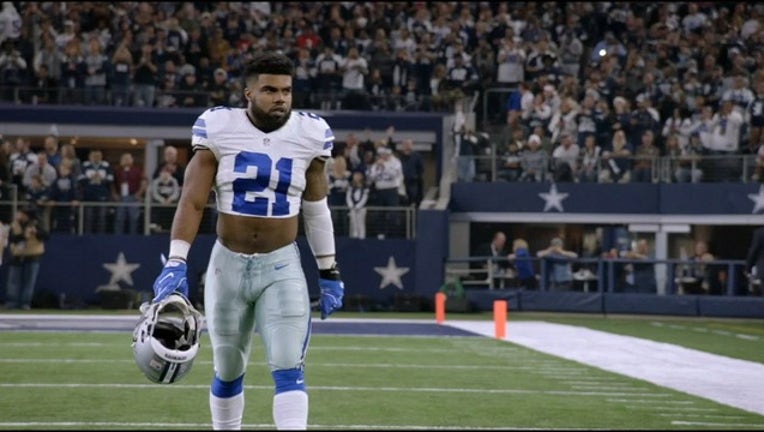 The Dallas Cowboys open their season next Sunday at home against the New York Giants, and it looks like holdout running back Ezekiel Elliott may be back in time to play in that game.

Charles Robinson, a senior NFL reporter for Yahoo, tweeted that the Cowboys are "close to completing" an extension with Elliott.

Earlier reports said the Dallas Cowboys offered to make Zeke one of the two highest-paid running backs in the NFL, which would put him in the salary range of $13.5 to $14.375 million per year.

Elliott has two years remaining on his current deal and is set to make $3.8 million for this season and $9 million in 2020. He has been holding out to get a more lucrative contract.

Zeke could face fines of $40,000 per day of training camp he missed, along with a $226,000 fine for each of the four preseason games he missed, but the team could also waive those fines.