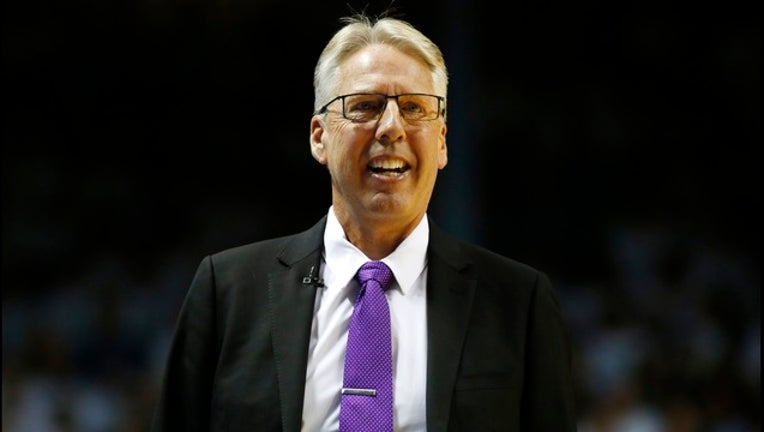 Head coach Brian Agler of the Los Angeles Sparks against the Minnesota Lynx during the third quarter of Game One of the WNBA finals at Williams Arena on September 24, 2017 in Minneapolis, Minnesota.(Photo by Andy King/Getty Images)

Agler will be the next coach of the Dallas Wings, according to two people familiar with the hire. The people spoke to The Associated Press on condition of anonymity on Monday because no official announcement has been made.

Agler resigned as the head coach of the Los Angeles Sparks last month, saying he was ready for a new challenge.

He is the all-time winningest coach in U.S. women's professional basketball with 315 regular-season victories. He's the first coach in league history to win titles with two teams: Agler guided the Seattle Storm to the 2010 WNBA championship and led Los Angeles to the 2016 title. He had an 85-51 career mark with the Sparks, including 19-15 in the regular season this year before they lost in the second round of the playoffs.

Agler, 60, takes over a franchise in Dallas that reached the playoffs last season after firing its coach Fred Williams with about two weeks left in the schedule. Williams had a postgame altercation with Greg Bibb, the Wings' president and general manager, after a loss at Washington.

Agler inherits a team that is in a bit of flux. Star guard Skylar Diggins-Smith announced she was pregnant in the fall after the WNBA season ended. She could potentially miss some of next season. MVP runner-up Liz Cambage hasn't decided whether she'll return to Dallas.

Agler was the 2010 WNBA coach of the year and the AP coach of the year in 2016. He spent seven seasons with the Storm and went 136-102 during the regular season. Agler first joined the WNBA as coach and GM of Minnesota from 1999-2002. He had assistant stints with Phoenix and San Antonio. He also coached in the ABL, winning two titles with the Columbus Quest, and spent 15 years in the women's college ranks.

The Wings said they will have a news conference Tuesday to reveal their new coach.