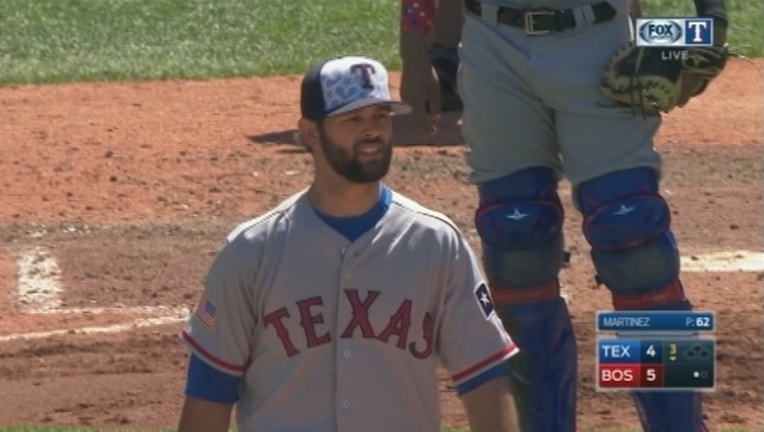 David Ortiz and Hanley Ramirez each had two doubles. The Red Sox had a season-high 21 hits to win their second straight after a 21-2 rout by the Los Angeles Angels.

Rougned Odor hit a solo homer and two-run single for the Rangers, who have lost five of six.

Rick Porcello (10-2) overcame a rough first inning when he allowed four runs, improving to 7-0 in Fenway Park this season.