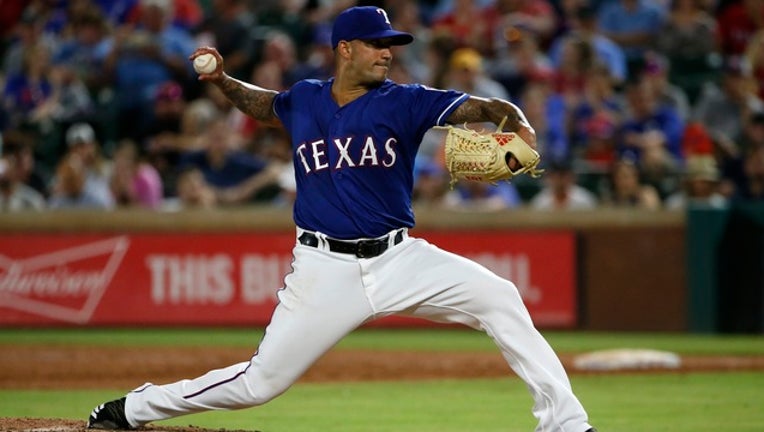 ARLINGTON, TX - MAY 21: Matt Bush of the Texas Rangers throws against the New York Yankees during the sixth inning at Globe Life Park on May 21, 2018 in Arlington, Texas. (Photo by Ron Jenkins/Getty Images)

ARLINGTON, Texas (AP) - The Texas Rangers are bringing back reliever Matt Bush with a minor league contract as the right-hander recovers from elbow surgery.

Texas said Monday it has agreed to minor league deals with Bush, pitchers Zac Curtis and Tim Dillard and infielder Chase d'Arnaud. They will report to major league spring training.

Bush isn't expected to be ready until the second half of the season after surgery in September to repair a partially torn ulnar collateral ligament in his right elbow.

The 32-year-old made the last of his 21 appearances for Texas last season on June 14. Bush had no record with a 4.70 ERA and became a free agent when the Rangers didn't offer a contract by the Nov. 20 deadline.