The Rangers went 211-287 during Woodward's tenure as manager 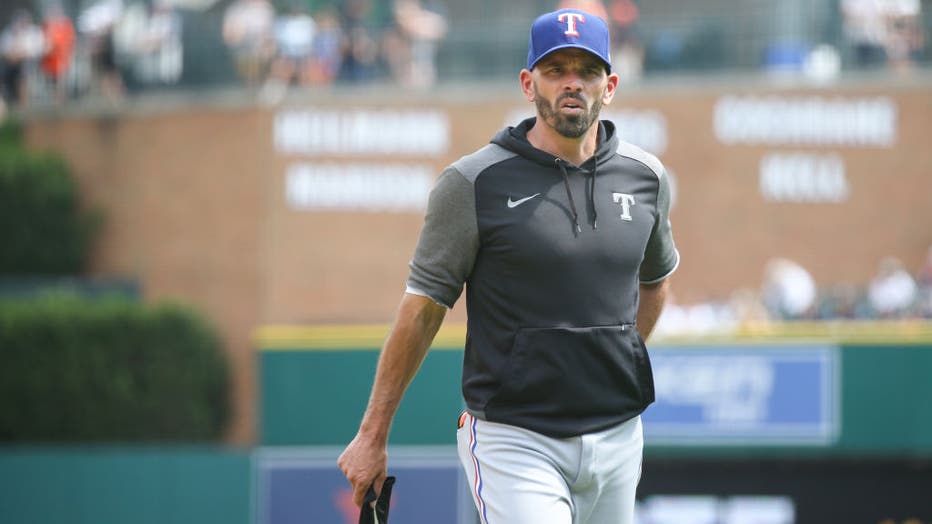 "Chris Young and I had the very difficult task of informing Chris Woodward of our decision today," said Rangers President of Baseball Operations Jon Daniels. "In his tenure as Rangers’ manager, Chris worked tirelessly under what was at times some difficult circumstances. He has been dedicated and passionate in his efforts to improve the on-field performance of the Texas Rangers, and it is greatly appreciated. He has represented the organization with class and dignity."

"We have had extensive discussions over the last several weeks and while the team’s current performance is certainly a big part of this decision, we are also looking at the future," Daniels said. "As the Rangers continue to develop a winning culture and put the pieces together to compete for the postseason year in and year out, we felt a change in leadership was necessary at this time."

The Rangers hired Woodward prior to the start of the 2019 season, in his time as manager the team went 211-287.

This offseason the Rangers raised expectations, spending half a billion dollars on big-name free agents this winter, including Corey Seager, Marcus Semien and Jon Gray.

The Rangers extended Woodward's contract in the offseason through the 2023 season, with an option for 2024.

Beasley has been a Rangers coach since 2015.

Third base coach Tony Beasley will take over as interim manager for the rest of the season.