Popularity of golf soars because of the coronavirus pandemic

More people are picking up golf during the pandemic. Courses in North Texas are busier than ever.

DALLAS - More people are picking up golf during the pandemic. Courses in North Texas are busier than ever.

At the beginning of the year, golf was declining in popularity. Now locally and nationwide, the sport is seeing an uptick.

Wayne Gossard has been hitting the links at Stevens Park in Oak Cliff’s Kessler Park neighborhood for the past 60 years.

“Golf is a good thing to do right now,” he said. “Used to be I live close by so if I get work done in the morning I could slip over in the afternoon and play. Now I can’t do that anymore.”

Now to play the course people need a reservation and typically the mornings fill up fast.

“We were closed 45 days at the beginning of the pandemic and we established rules. But since reopening we’ve been sold out every day,” he said.

Golf and tennis have been called the safest sports during the pandemic. So it’s not just North Texas. Golf courses nationwide are busy.

According to the National Golf Foundation, across the country rounds of golf were up 14% in June and 20% in July. There has also been an increase in the number of youth getting into the sport. 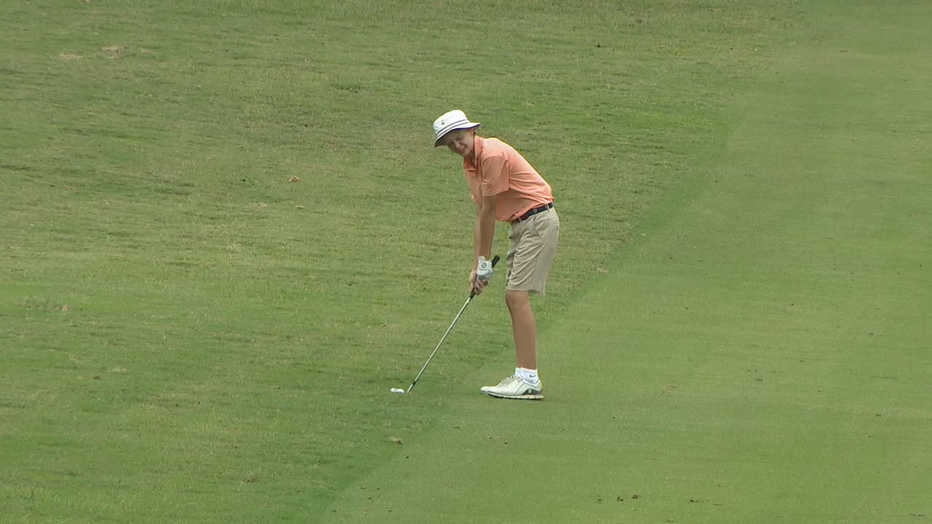 Alfred Hoak said he’s golfing more since he has free time and flexibility at school.

“Some people in my grade have played and they’ve gotten really good,” he said.

His mom, Dee Dee Hoak said all three of her boys have shifted their focus to golf over the past few months.

“It’s enticing because it’s one of the few sports you can play. It’s outdoors, feels safe and socially distanced,” she said.

“We’ve seen out here a big uptick in the number of kids playing. Bodes well for our sport in the long term,” Gossard said.

For longtime players like Gossard, it’s a promising trend he hopes will continue.

“It’s the sport of a lifetime. You can play as long as you’re physically able to do it,” he said.

At Stevens Park, masks are required in the clubhouse and the number of customers in the restaurant is limited.

For the first time, golfers can have a cart to themselves regardless of their group size.

Staff members sanitize the carts in addition to the regular cleaning.