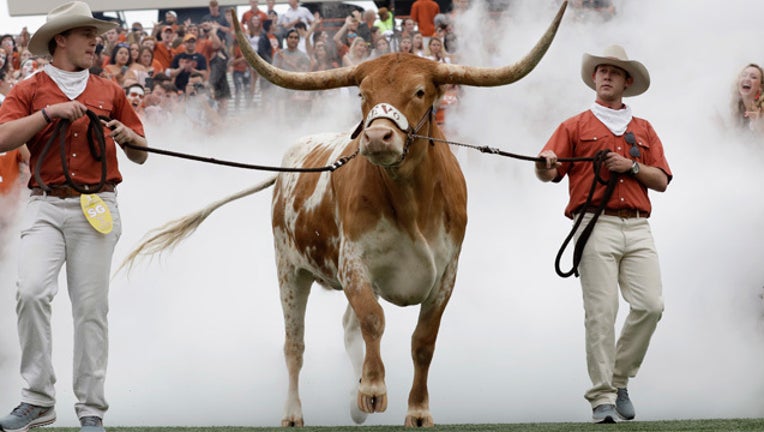 (FOX NEWS) - People for the Ethical Treatment of Animals (PETA) called on the University of Texas and the University of Georgia to end the use of live mascots after an incident before their Sugar Bowl matchup on Tuesday.

Bevo, the Texas Longhorns’ steer mascot, charged Uga, the Georgia Bulldogs’ dog mascot, before the game, creating a brief moment of chaos for the people around the animals. The pre-game kerfuffle caught the attention of the animal rights organization.

“It's indefensible to subject animals to the stress of being packed up, carted from state to state, and paraded in front of a stadium full of screaming fans, PETA senior vice president Lisa Lange said in a statement Wednesday. “It's no surprise that a skittish steer would react to a perceived threat by charging, and PETA is calling on the University of Texas and the University of Georgia to learn from this dangerous incident, retire their live-animal mascots, and stick to the talented costumed mascots who can lead cheers, react to the crowd, and pump up the team”

In letters sent to both schools, PETA officials expressed their disappointment that live animals would still be dragged to sporting events.