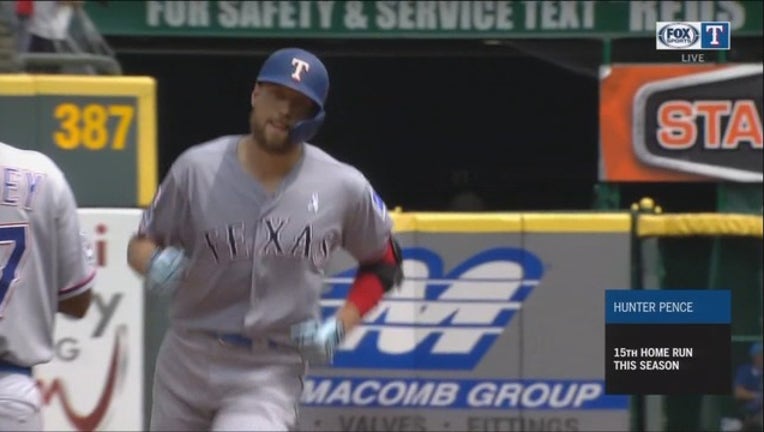 ARLINGTON, Texas (AP) - The Texas Rangers have activated Hunter Pence from the injured list after he missed 23 games and his chance to start in the All-Star Game.

Pence, out since June 17 with a right groin strain, was activated before Tuesday night's game against Arizona. He was set to bat third as the designated hitter.

Outfielder Willie Calhoun was optioned to Triple-A Nashville. The Rangers also selected the contract of right-hander Taylor Guerrieri from Nashville after left-hander Jesse Biddle was placed on the 10-day injured list with left shoulder fatigue.

Pence hit .294 with 15 home runs and 48 RBIs in his 55 games before getting hurt. He was voted by fans as the American League's starting designated hitter but couldn't play in last week's game while still recovering from his injury.

Calhoun, who started 17 games while Pence was out, has hit .277 with five homers and 13 RBIs in 26 games overall this season.