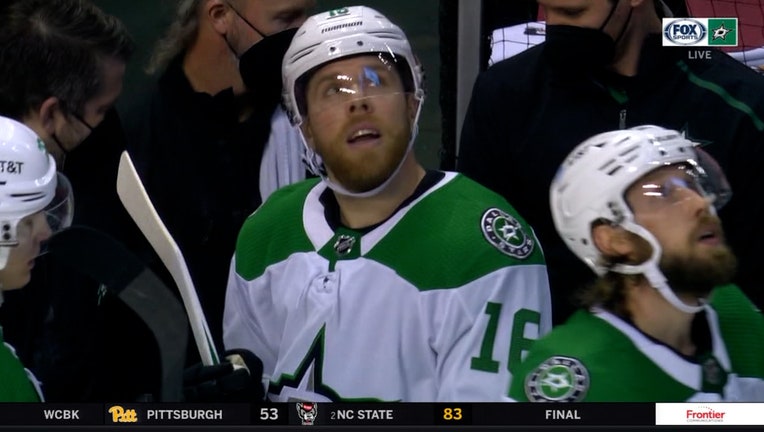 Aleksander Barkov and Anton Stralman also scored in the final 6 1/2 minutes as the Panthers overcame a 2-0 deficit. Sergei Bobrovsky made 37 saves.

"You get one quick one, you get another one and luckily our line got that game-winner there at the end," Vatrano said.

Florida scored three times in 3:11 after a nine-minute delay to repair a section of the boards.

Barkov poked in a loose puck that bounced behind Oettinger and sat in the paint near the goal line with 6:21 left. Stralman tied the score on a drive from the right circle. Vatrano put the Panthers ahead with a shot from the slot.

"It was just a matter of time before we scored and we got the lucky bounce," Barkov said. "We just needed one to get going and we opened up after that."

Bobrovsky was able to keep the Stars off the scoreboard in the third period.

"The guys stepped up and it’s a great win for us," he said. "Down 2-0 and find a way to win the game. A big boost in the locker room, and puts the points in the bank."

Pavelski scored the game’s first goal 2:10 into the second period on a power play when he swept in the puck from the left side of the crease. Pavelski leads the Stars with 10 goals in 15 games.

John Klingberg’s shot from the high slot was redirected by Benn into the net to make it 2-0 with 2:11 left in the second.

Dallas appeared to be coasting toward a victory until the delay.

"We had them in a good spot and were playing good hockey and we let them back," Pavelski said. "As we sat back and the game went on they found their momentum and we didn’t answer. A tough loss."

"We just stopped defending. Simple as that," Bowness said. "We just sat back. That’s why they’re in first place and we’re battling to get back in it."