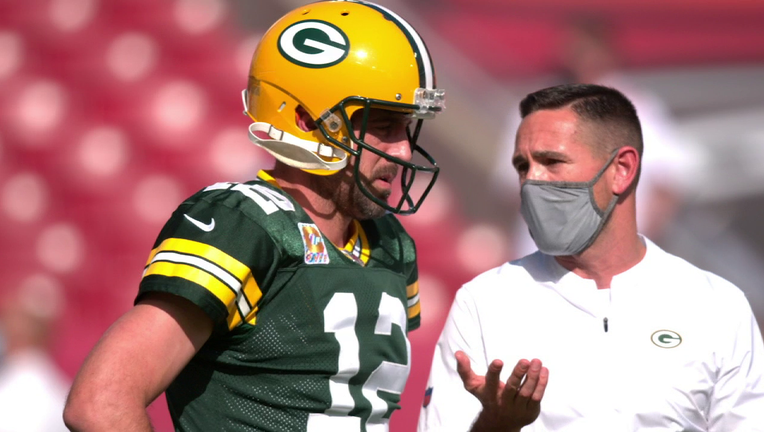 "As we’ve stated since the season ended, we are committed to Aaron in 2021 and beyond," Gutekunst said in a statement released by the team. "Aaron has been a vital part of our success and we look forward to competing for another championship with him leading our team."

Rodgers, 37, has spent his entire career with Green Bay since the Packers selected him with the 24th overall pick in the 2005 draft. But his long-term future has been a topic of speculation ever since the

Rodgers has three years remaining on his contract after signing a four-year, $134 million extension in August 2018.

"We’re really excited about Aaron Rodgers and his future with the Green Bay Packers," Gutekunst said at the time. "We think he’s going to be our quarterback for the foreseeable future. I think that obviously every year there’s different things you go through to kind of get to the season, and I think we’re going through those right now whether it be contractually or whether it be working with our players on other things, and that’s where we are.

"Again, he’s such a unique, different player than anyone that I’ve ever been around. He affects our organization in so many different ways that you just can’t value him because he’s so important to what we do. We’re excited moving forward and we’ll kind of see where things go."

Even as Rodgers threw an NFL-leading 48 touchdown passes and earned his third MVP award last season, he referred to his future as a

This continues an eventful stretch for Rodgers, who got engaged to actress Shailene Woodley and had a

Rodgers said during promotional appearances for the "Jeopardy!" stint that he’d like to be the permanent host and that he believed he could work it around his football schedule.

Rodgers said that was "a great question." Rodgers later told the contestant, "I can see (your answer) out on the podium, and I was like, ’Please put something about the field goal on there. You will always be all-time in my book, my friend."