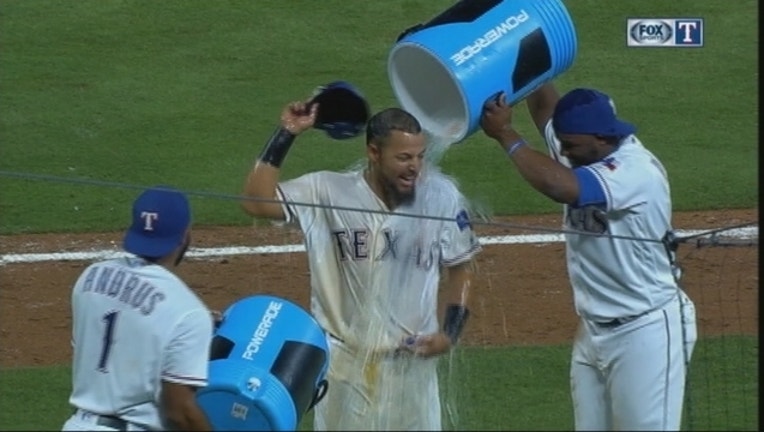 Hamels hit the first two batters of the game, gave up three straight singles to start the second and surrendered a leadoff hit in the third. But the Astros couldn't score, helping Hamels (3-0) by making an out on the bases in each inning.

The ace left-hander allowed rookie Tyler White's fifth home run in the sixth but combined with reliever Sam Dyson to strand the tying run at third with one out in the seventh.

Jake Diekman got called third strikes on Colby Rasmus and Evan Gattis with the tying run at second in the eighth, and closer Shawn Tolleson pitched the ninth for his fifth save.

Doug Fister (1-2) allowed Odor's second homer in the second inning as the Astros lost their ninth straight at the Rangers.