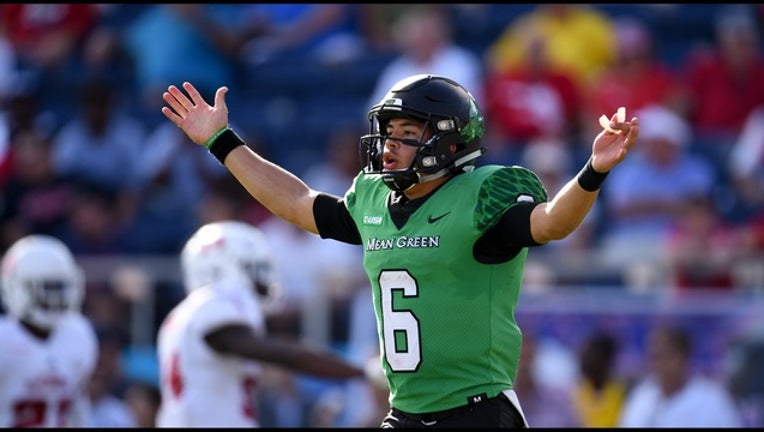 Troy, which won the Sun Belt Conference, seeks an 11-victory season for the first time since the Trojans moved from the Football Championship Subdivision (formerly I-AA) to the Football Bowl Subdivision in 2001. Tory also seeks its fourth victory in seven bowl appearances. North Texas seeks its third victory in nine bowl appearances, as well as its second New Orleans Bowl crown.

UNT QB Mason Fine, who set school records with 3,749 yards and 28 TDs passing, against a play-making Troy defense that racked up 36 sacks and 15 interceptions this season, while allowing fewer than 20 points per game.

North Texas: Listed at 5-foot-10, 180 pounds, Fine is defying critics who've held his relatively small stature against him. In only his sophomore season, Fine broke a single-season school passing record that stood since 1994 and was named Conference USA offensive player of the year. He is on pace to finish the season with more than 4,000 yards passing.

Troy: Troy DB and KR Marcus Jones was named Sun Belt freshman of the year after returning three kickoffs and an interception for touchdowns.

North Texas appeared in the first four New Orleans Bowls from 2001-2004, but won only one of those games, defeating Cincinnati in 2002. ... The Mean Green is in its second straight bowl game, having lost Army in the Heart of Dallas Bowl last season. ... North Texas set records this season for points with 467 (35.9 points per game) and total yards with 6,071 (467 per game). ... North Texas scored 30-plus points nine times this season. ... Troy has won 20 games during the past two seasons, a school best for a two-season span. ... Troy's Neal Brown was named Sun Belt Conference coach of the year. ... Troy's defense has not allowed a single play as long as 50 yards this season. ...... QB Brandon Silvers ranks second in Trojans history with 10,379 yards passing and third with 67 TDs. ... RB Jordan Chunn could make Sun Belt history with two more touchdowns, which would give him a conference record 49 in his career. This season, he has scored 10 TDs and averaged about 5 yards per carry.