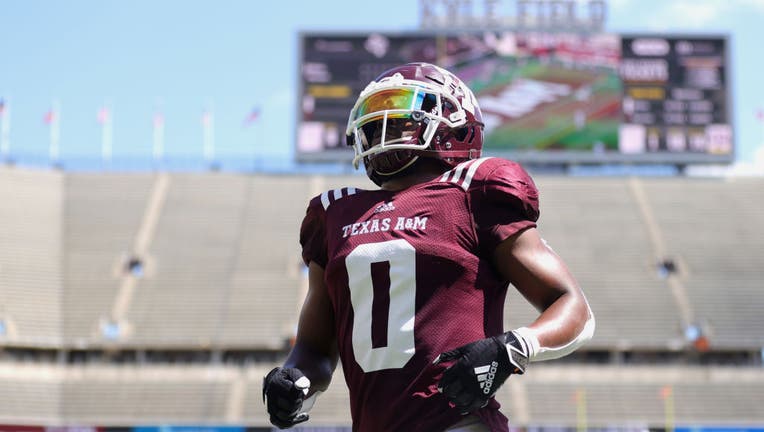 COLLEGE STATION, TEXAS - APRIL 24: Ainias Smith #0 of the Texas A&amp;M Aggies runs after a play during the second half of the spring game at Kyle Field on April 24, 2021 in College Station, Texas. (Photo by Carmen Mandato/Getty Images)

Texas A&M: Quarterback Zach Calzada has passed for 2,185 yards and 17 touchdowns with nine interceptions. Defensive lineman Tyree Johnson is tied for third in the SEC with nine sacks among 31 tackles. Linebacker Aaron Hansford ranks 11th among SEC tacklers with 89.

Wake Forest: The Demon Deacons won the ACC Atlantic Division to end Clemson’s perennial reign as champions. They fell 45-21 to Pittsburgh in the ACC Championship on Saturday.

Texas A&M: The Aggies dealt top-ranked Alabama its lone loss on Oct. 9, rallying to win 41-38 with a 28-yard field goal as time expired.

Wake Forest: The Deacons are appearing in their second Gator Bowl and first since beating South Carolina in the inaugural game in 1946. They will make a school-record sixth consecutive bowl appearance.

Texas A&M: Third appearance in Gator Bowl and first since routing North Carolina State 52-13 in 2018. The Aggies have won both appearances and are 20-22 lifetime in bowls. They are on a school-record 13-year postseason streak.