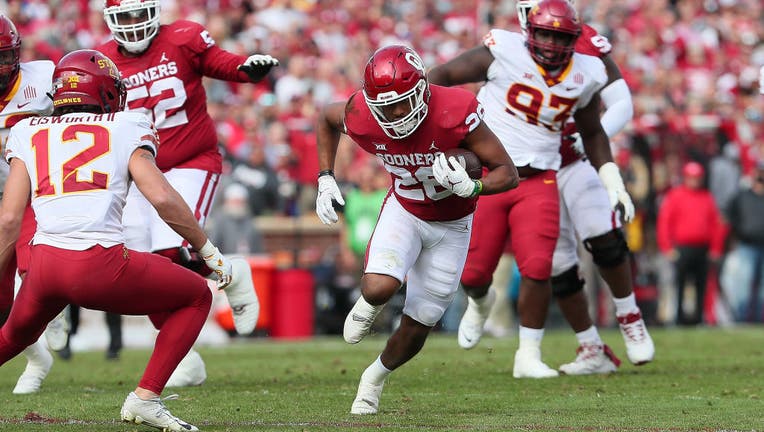 NORMAN, OK - NOVEMBER 20: Oklahoma Sooners RB Kennedy Brooks (26) looks for space while running the ball during a game between the Oklahoma Sooners and the Iowa State Cyclones on November 20, 2021, at Gaylord Memorial Stadium in Norman, Oklahoma. (Ph

Oregon: After winning at Ohio State, the Ducks were on track to possibly reach the College Football Playoff before losing to Utah in the regular season and again in the Pac-12 championship game.