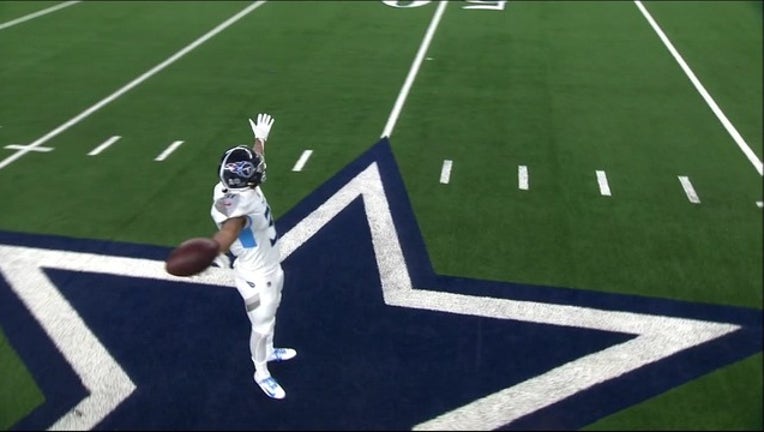 The 2017 All-Pro safety copied what Terrell Owens did 18 years ago in a win over the Cowboys in old Texas Stadium. The interception was the second this season for Byard and his 10th since the start of the 2017 season, tying him for the most in the NFL in that span.

Titans coach Mike Vrabel talked with Byard after the game and again Tuesday. Vrabel also talked to the rest of the team Wednesday to make sure they understand what is expected of them when celebrating.

Vrabel said he wants players to celebrate with a teammate.

"Find somebody else in a Titans uniform. Find a coach, and celebrate with them," Vrabel said. "But we don't need to do that. It's not what we want to do. ... That's not what I want, and if that's what they want, then we see it very differently."