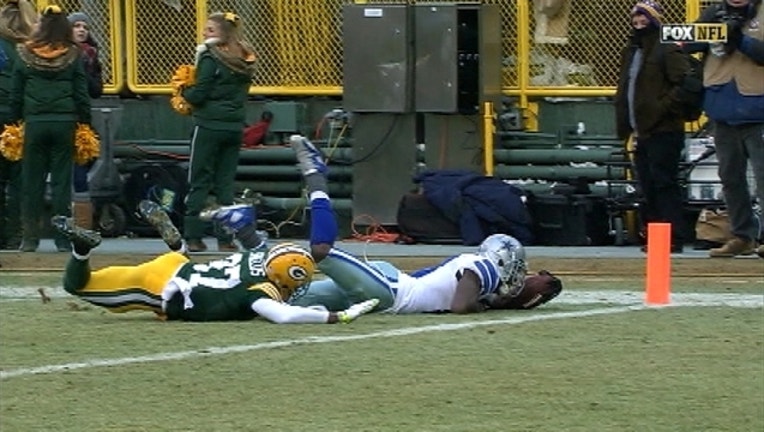 One of the first orders of business when the league's annual meetings begin Monday in Orlando, Florida, will be a proposal by the committee to clarify what is a catch. Commissioner Roger Goodell said during the week of the Super Bowl he would urge simplification of the rules.

"Catch/no catch is at the top of everyone's minds," Troy Vincent, the NFL's football operations chief, said Wednesday before outlining the committee's recommendations.

The owners will be asked to vote on clarifications that eliminate parts of the rule involving a receiver going to the ground, and that also eliminate negating a catch for slight movement of the ball while it is in the receiver's possession. No calls in the last few years - not even pass interference - have caused more consternation than overturned catches in key situations, including those by Dez Bryant, Jesse James and Austin Seferian-Jenkins.

"We were at the point as far as players and particularly coaches who asked, 'Why is that not a catch?'" Vincent said. "We talked to fans, coaches and players and we asked the groups, 'Would you like this to be a catch?' It was 100 percent yes.

"Then we began writing rules that actually apply to making these situations catches."

Here's what would constitute a catch if the owners approve the competition committee's alterations:

- control of the ball;

- getting two feet down;

- performing a football act or;

The stipulation that slight movement of the ball while the receiver still has control no longer would result in an incompletion. Vincent pointed to the touchdown catch by the Philadelphia Eagles' Corey Clement in the Super Bowl as an example of a player never losing possession of the ball despite slight movement.

"That's what the fans, coaches and players want," Vincent said. "They are the magical moments people are looking for, and that includes all of those (plays). It's the biggest (proposed change). Why we want this is this is one call shaping results across the sport."

Richard Sherman, the star cornerback who recently was cut by Seattle and signed with San Francisco, approves cleaning up the rules.

"I'm in favor of it because it gives the refs more clarity," Sherman said. "I think anytime you can give the referees more of a straight line, an edge, to call plays, I think it's better for the game.

"I think obviously there's been a lot of scrutiny on the catch rule. Last year, my team was at the wrong end of it. A guy caught the ball and ran three or four steps, put his hand in the ground, fell, fumbled the ball and nobody touched him, and they said it was an incomplete pass. It was the most ridiculous thing I think I've ever seen.

"I think that they need to do more rules like that. They need to take the gray area out of a lot more rules because the rule book is getting too crazy. It's getting too extensive. Every year, the refs are getting scrutinized left and right when it's a bang-bang play. This game is happening at a million miles an hour and there's really nothing you can do about it. The rule book is so complex. How many times can you think of 1,500 rules in a second of a play and see which ones apply to that particular play? So, I think any time they can simplify the rule book and simplify the ref's understanding and the public's understanding is better for the game."

They also are recommending:

- expanding protection of a runner, which also involves quarterbacks when they have given themselves up as a runner. Vincent cited Kiko Alonso's hit on Baltimore quarterback Joe Flacco last season, saying the NFL must avoid an "unnecessary shot."

"This is strictly a safety move," Vincent said.

- allowing the officiating staff at NFL headquarters in New York, using video review, to call for an ejection of a player committing an egregious non-football act. That would include throwing punches or being involved in a fight. Vincent pointed to acts by Rob Gronkowski and Mike Evans last season.

Vincent said there were no discussions within the competition committee regarding protocol for the pregame national anthem. Owners are expected to take up the subject on Monday or Tuesday, but no decisions are likely.