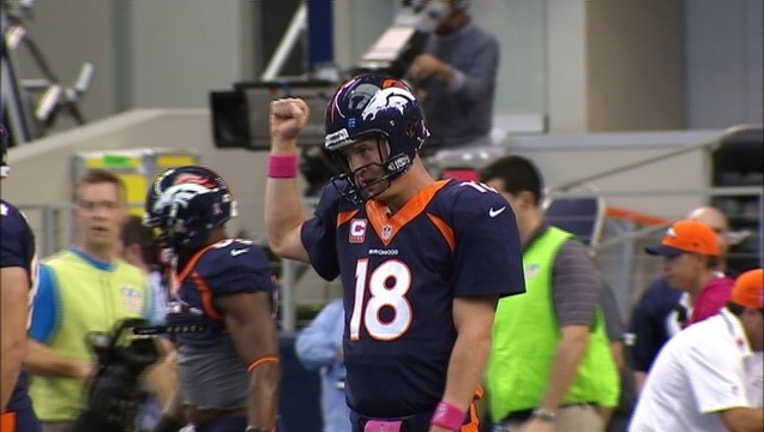 The NFL says it found no credible evidence that Peyton Manning was provided with human growth hormone or other prohibited substances as alleged in a documentary by Al-Jazeera America last year.

The league said the quarterback and his wife, Ashley, fully cooperated in the seven-month investigation, providing interviews and access to all records sought by investigators.

The NFL is continuing its investigation into allegations made against other NFL players in the documentary, which the league said involves "different lines of inquiry and witnesses." Those other players — all of them linebackers — provided the league with sworn affidavits, but the NFL wants to interview them in person.

In stark contrast, Manning, who retired a month after Denver's 24-10 win over Carolina in Super Bowl 50, welcomed the probe.

In December, Al-Jazeera reported that an intern at an Indianapolis anti-aging clinic was secretly recorded suggesting that Manning's wife received deliveries of HGH in 2011 while the quarterback was recovering from neck fusion surgery. The intern, Charles Sly, recanted his statements, which were recorded without his knowledge. He said they were fabricated in an attempt to impress a potential business partner.

Manning angrily denounced the report, calling it "completely fabricated, complete trash, garbage," and insisting he never took shortcuts in his return to football after missing 2011 with neck problems.

At the time the allegations were levied, both the Broncos and the Colts, whom Manning played for from 1998-2011, issued statements in support of the five-time MVP.

Manning said he sought holistic treatments such as hyperbaric oxygen and nutrient therapy at the Guyer Institute of Molecular Medicine with knowledge and consent of the Colts training and medical staff following his four neck surgeries. He insisted he never used performance-enhancing substances and never took anything sent to his wife.

HGH is banned by professional sports leagues and is only legal to prescribe in a few specific medical conditions.

The NFL and players union added human growth hormone testing to the collective bargaining agreement signed in 2011, but the sides didn't agree to testing terms until 2014. Nobody has tested positive, which would trigger a four-game suspension.

The Al-Jazeera report alleged other high-profile athletes obtained PEDs, including baseball stars Ryan Howard of the Philadelphia Phillies and Ryan Zimmerman of the Washington Nationals.

Unlike Manning, those four players don't want to talk to NFL investigators.

The NFLPA released a statement Monday saying: "As a former player, Peyton Manning is free to do whatever he believes is in his best interest. The Union knows that he understands the rights of players under the Collective Bargaining Agreement and would never do anything to hurt or undermine active players in support of those rights."